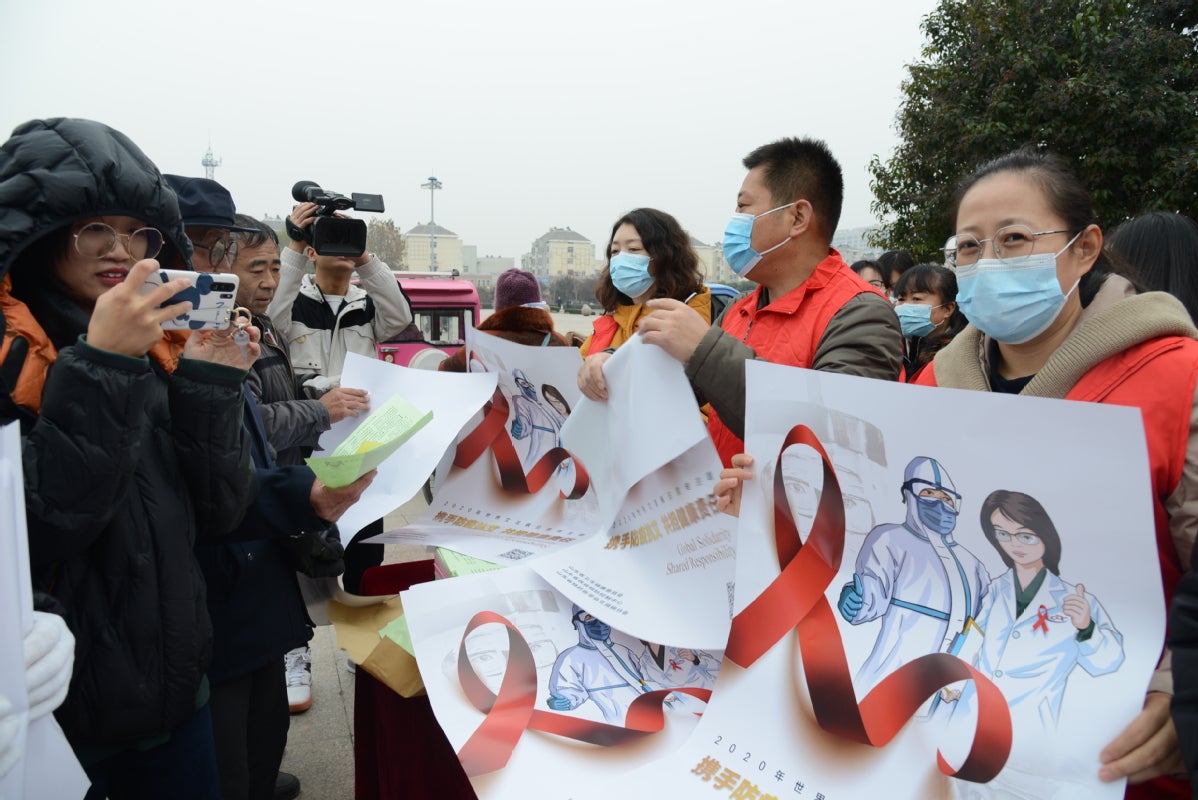 BEIJING — Elderly people have become the group that saw the fastest growth in reported HIV infections in China, with a 500 percent increase in the number of newly reported HIV/AIDS cases among men aged 60 or above between 2010 and last year, the World Health Organization said on Tuesday, World AIDS Day.

Around 37,000 people aged 60 or above in China were diagnosed with HIV/AIDS last year－77 percent of them being men－accounting for 25 percent of the total number of reported new HIV cases, the WHO said.

Globally, 1.7 million people were diagnosed with HIV/AIDS last year, and 690,000 died due to AIDS-related diseases, according to the WHO.

Although the number of newly reported HIV/AIDS cases in China has been rising in recent years, the prevalence of HIV/AIDS in China remains at a low level, compared with most other countries, according to the National Health Commission.

However, the infection rate among elderly people, especially elderly men, has increased at a much faster rate over the past 10 years compared with the general increase among the whole population.

Tao Lin, a researcher at Peking University’s Sexology Research Center, said that compared with younger groups such as college students, the increase in HIV infections among elderly people has not received equal attention from the public.

“Most elderly people who got infected with HIV are males, because in general males are more sexually active at an older age and tend to seek extramarital sex for satisfaction,” he said. “Due to rising living standards, more elderly people have more money and free time, but some of them do not have adequate awareness of safe sex.”

Compared with young people, many retired people may show less restraint in their sexual behavior, which may make them more vulnerable to HIV infection, Tao said.

Xu Duo, an HIV/AIDS control and prevention campaigner in Pu’er, in Yunnan province, said the rising number of HIV/AIDS cases among elderly people is a reflection of inadequate psychological care from society.

“Elderly people also have the right to seek happiness through sex, and the whole of society, including government, should provide more services, including sexual health education, for the growing number of elderly people, as China is rapidly becoming an aging society,” she said.