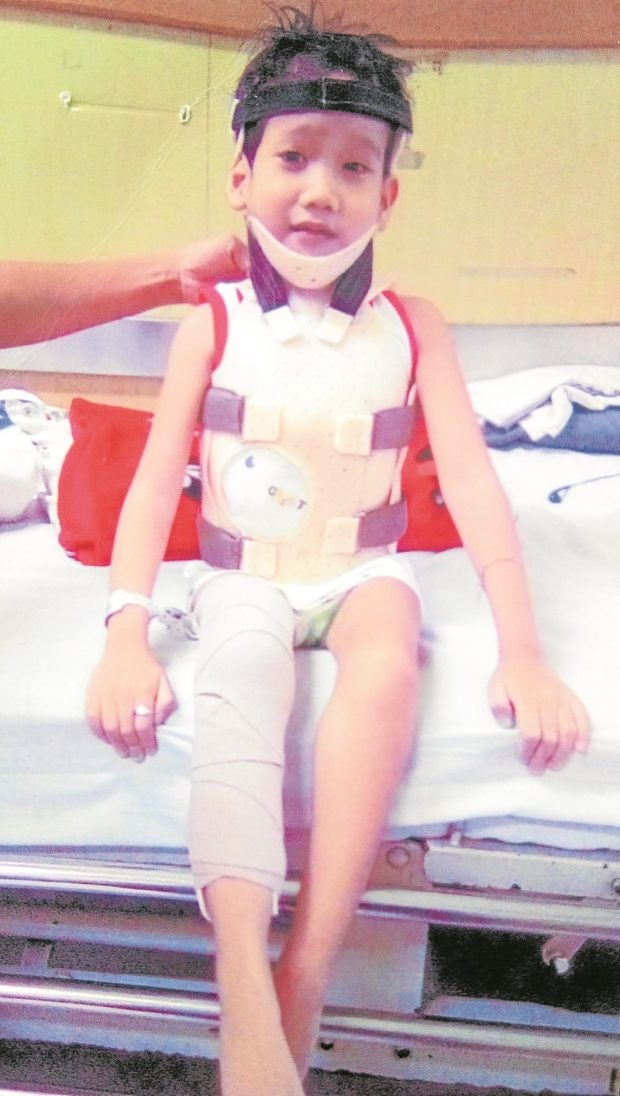 MANILA, Philippines — At a young age, J-Ann Atutubo already knows what he wants to be. Just like the main character in his favorite TV show “FPJ’s Ang Probinsyano,” the 8-year-old who lives in Camarines Norte hopes to become a policeman like his idol, Cardo Dalisay.

But his dream will have to wait as he battles multiple disabilities that have kept him in and out of the hospital since 2012.

“Doctors said his spine is crooked which is why he cannot move his body on his own,” said the boy’s father, Judiel, who is responsible for bringing him to the Philippine Children’s Medical Center (PCMC) in Quezon City whenever he needs to undergo physical therapy, tests and other procedures.

Since the start of the COVID-19 outbreak, however, Atutubo has not been able to seek treatment at PCMC. “We had to return to Camarines Norte and it has been difficult to go back again to Metro Manila because of the imposed lockdowns,” Judiel said.

He added that for the past months, his son has been admitted to a provincial hospital many times for a recurring fever.

Despite his health problems, Atutubo tries to live a normal life, occasionally attending classes at San Mauricio Elementary School in their town of Jose Panganiban, where he is in Grade 2.

“He only goes to school a few times a year because he’s mostly in the hospital,” Judiel said, adding that in the future, they hope someone could tutor him to make it easier for him to continue his studies.

While Atutubo has already been operated on for hydrocephalus, he needs to undergo three more surgeries to correct the problems in his spine and anus. One of the procedures (posterior sagittal anorectoplasty) to correct his improperly developed anus will cost at least P43,000.

Doctors have yet to give a final quote for the other operations but Judiel said he was told to prepare at least P500,000, with some of the money to be spent on his son’s physical therapy.