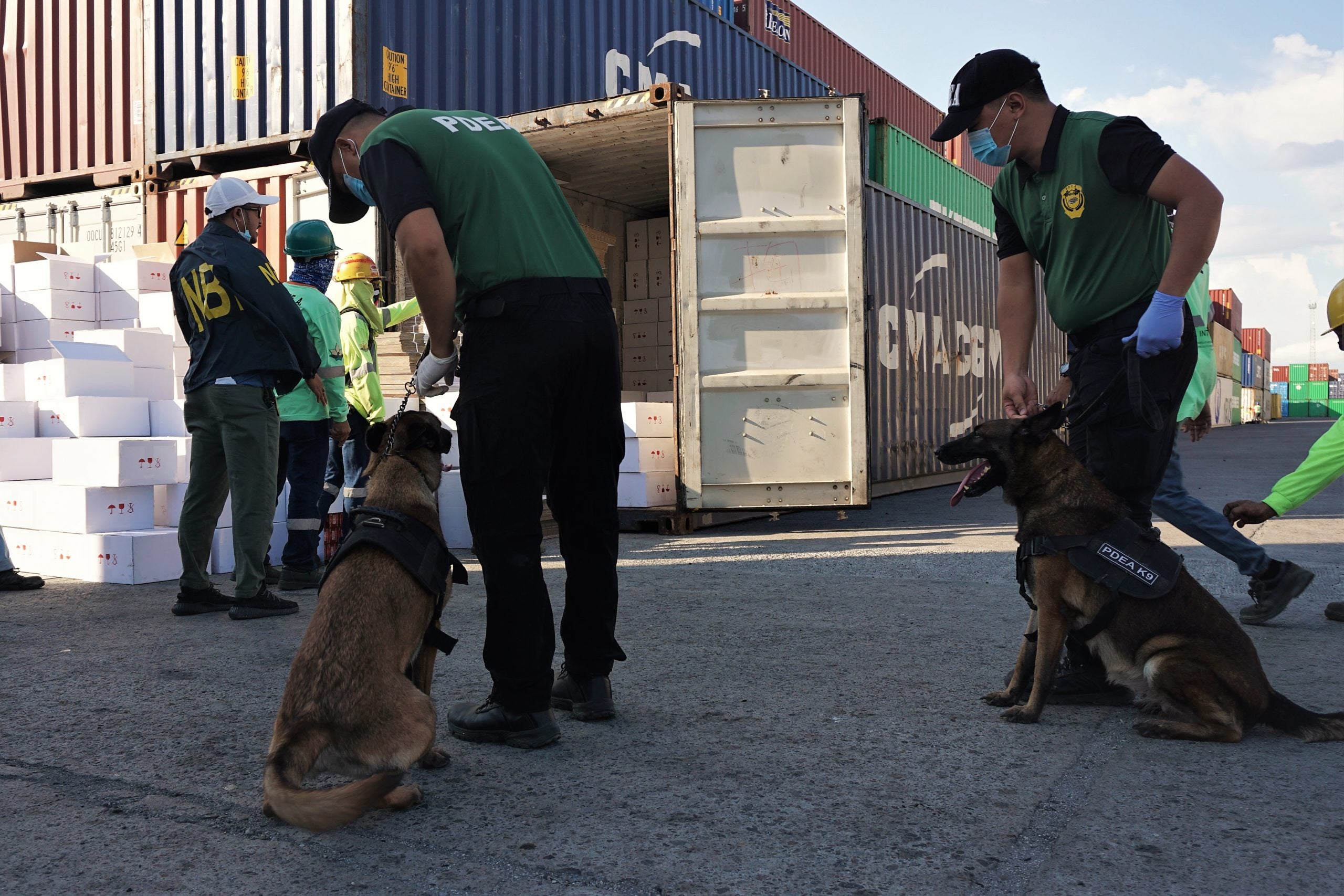 Using drug-sniffing dogs, agents of the PDEA and NBI find cocaine in a 40-foot shipping container in the compound of a trucking service company. ROMMEL G. REBOLIDO

GENERAL SANTOS CITY—Authorities on Tuesday (Dec. 1) seized at least P2 million worth of cocaine concealed in a shipping container near the city wharf.

Abad said agents of the regional PDEA office’s Seaport Interdiction Unit and agents of the National Bureau of Investigation (NBI) launched a search on IRS Eastern Inc., a company that is leasing and operating at Kudos Trucking Compound, Upper Molok Bridge, Labangal.

The search came after some company officials reported to authorities that a then unknown illegal drug was found by a technician in an air-conditioned compartment of one shipping container.

Authorities are now determining who owned the contraband shipment.