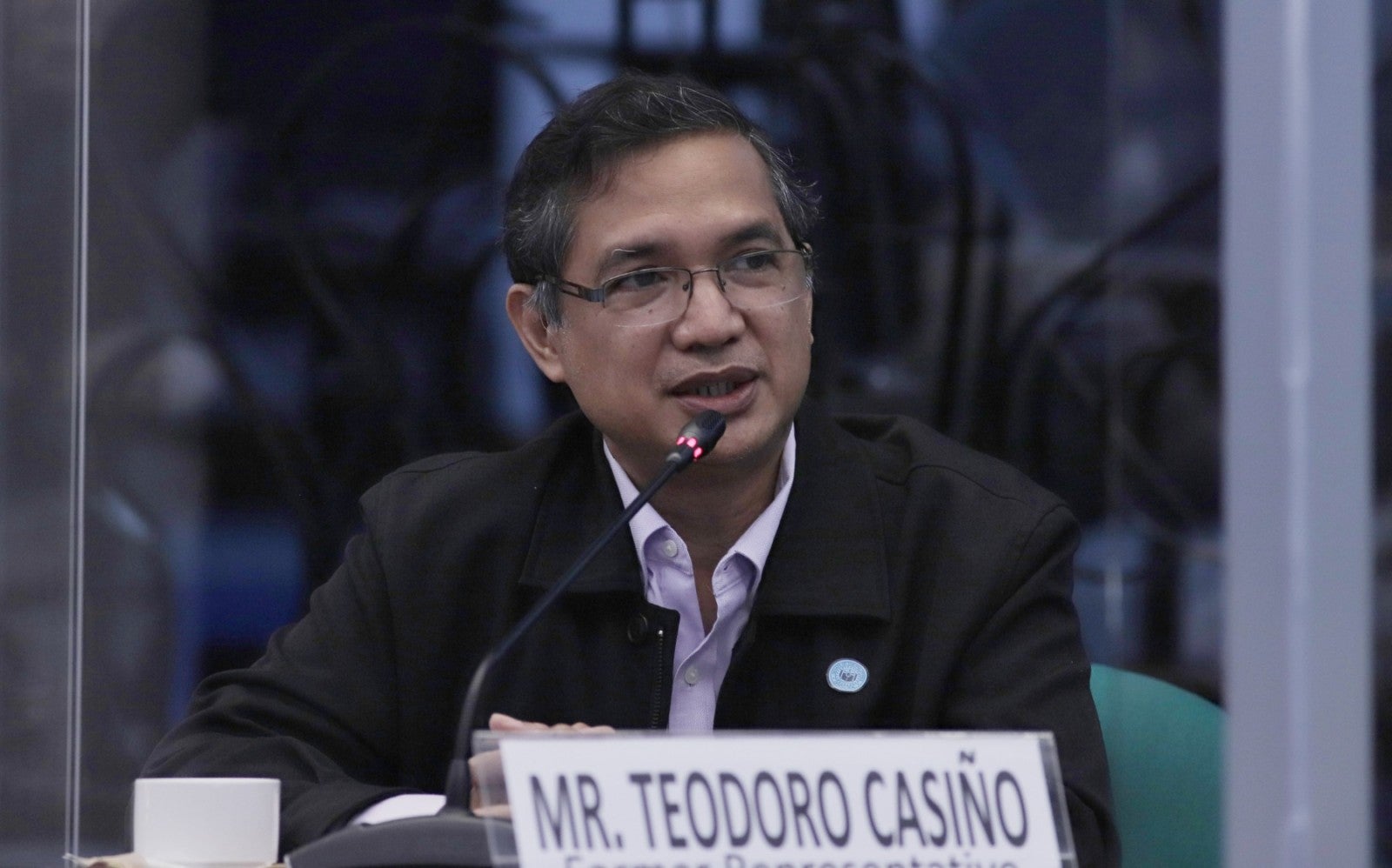 But National Security Adviser Hermogenes Esperon Jr. failed to categorically state whether or not some former and incumbent lawmakers belonging to the Makabayan bloc recruited NPA members.

At the continuation of the Senate probe into the alleged red-tagging by military officials, Casiño demanded answers from the security sector regarding the names of individuals he allegedly recruited for the NPA.

(There’s not even evidence and yet they are here in the Senate, they are using this as a platform to throw nonsense and baseless statements.)

Senator Panfilo Lacson, who is leading the inquiry as chair of the Senate defense committee, then asked Esperon to “directly” answer Casiño’s question.

Esperon, however, said it was the organizations the former lawmakers headed which are allegedly conducting recruitment.

“The testimonies of our former rebels will show there is recruitment by the organizations that they lead. And therefore, it may not be personally Mr. Casiño or Mr. Colmenares but it is their organization and that is the subject of our presentations,” he said.

(Sec. Esperon, can you state, categorically before this committee, that Congressman Casiño, Congressman Colmenares, Congressman Tinio and [Bayan Muna Rep. Carlos] Zarate and [Kabataan party-list Rep. Sarah] Elago did not directly or personally recruit for the NPA.)

But Esperon denied making any allegations that these lawmakers directly recruited for the NPA: “We have not alleged that.”

“But we are saying that their organizations are recruiters,” he added.

Casiño then warned of the dangers of making “sweeping generalization” against progressive groups.

“Bayan Muna has probably tens of thousands of members, ibig sabihin yung mga miyembro namin hinihinala niyong recruiter ng NPA? Is it just, is it fair for you to now allege that our members are NPA recruiters?” the former congressman said.

(Bayan Muna has probably tens of thousands of members; does that mean all of them, you are suspecting of being NPA recruiters? Is it just, is it fair for you to now allege that our members are NPA recruiters?)

(That’s what you’re saying, that’s why we have been asking you to be specific,  do not make sweeping generalizations because that is dangerous for our members.)