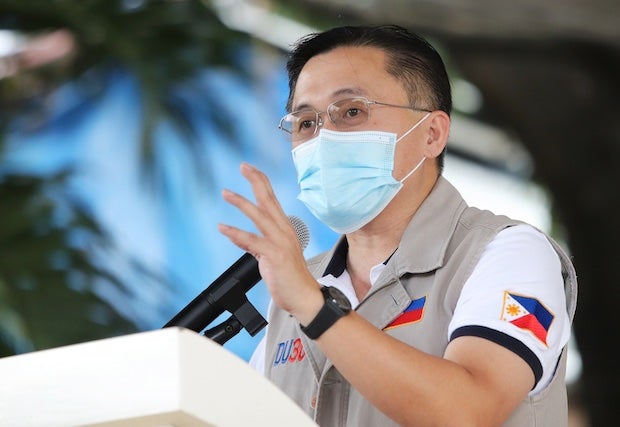 MANILA, Philippines —  “I will not lose hope,” Sen. Christopher “Bong” Go said in an interview last Wednesday, Nov. 25, in which he repeated his call for the passage of a measure he authored — Senate Bill No. 205 that will create the Department of Disaster Resilience (DDR).

A statement issued on Sunday quoted the rest of his statement, which was partly in Filipino: “I continue to make the call. Maybe, at the proper time, this [bill] will be passed because we really need a Cabinet-level secretary… so that coordination will be orderly and fast between the national government agencies and the local government offices.”

The proposed department, he said, would help prevent significant damage and loss of life during calamities as it would provide “a clearer chain of command, more responsive mechanisms and a more holistic, proactive approach in handling crisis situations in the country where natural disasters are already ‘normal occurrences.’”

Creating a task force, like the one created by President Rodrigo Duterte to handle the aftermath of Typhoon Ulysses, would become unnecessary with the DDR in place.

“One aspect we should fix is inter-agency coordination,” G0 said. “This is the reason why for so long I have been repeatedly recommending that we have a department with a secretary-level [official] in-charge so that there’s a [captain] managing preparedness, response, and resilience mechanisms during such crises and disasters.”

He added that the National Disaster Risk Reduction and Management Council, a mere coordinating body, could also be improved.

He also pointed out that relevant agencies – such as the Office of Civil Defense; Philippine Atmospheric, Geophysical and Astronomical Services Administration; and Philippine Institute of Volcanology – were under different departments.

The Senator noted that there are at least six similar bills now pending in the Senate supporting the creation of the DDR. The House of Representatives passed their version last Sept. 21.

To his colleagues, he said: “Let us deliberate on it and let the legislative process take its course.”

Earlier before this Nov. 25 interview, Go met with some of those affected by Typhoon Ulysses in Bagumbayan, Quezon City to listen to their concerns and ensure they receive the help they need.

He also visited and extended various forms of assistance to other typhoon survivors in Meycauayan, Bulacan on the same day.

His team distributed meals, food packs, vitamins, masks and face shields to 685 beneficiaries during an activity held at the Bagumbayan Elementary School, while 758 families were similarly benefited in Meycauayan.

Both activities were carried out in strict compliance with the government-issued health and safety protocols against COVID-19.