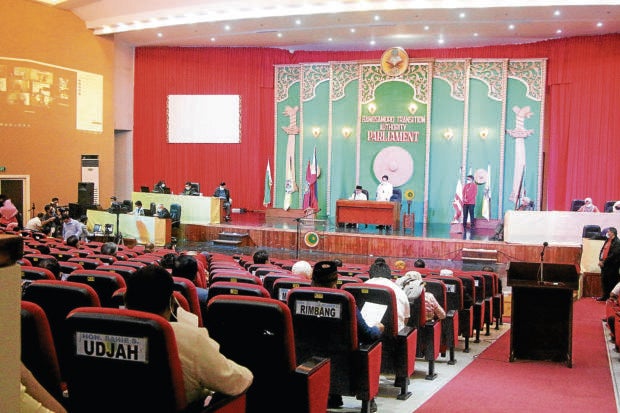 COTABATO CITY, Maguindanao, Philippines — This city will finally be turned over to the Bangsamoro Autonomous Region in Muslim Mindanao (BARMM) on Dec. 15, almost two years after the majority of its residents voted for inclusion in the autonomous region in a plebiscite, according to a BARMM official.

Naguib Sinarimbo, regional interior minister, said President Rodorigo Duterte had decided to follow what was agreed upon in Malacañang last year for a turnover despite an appeal from Cotabato Mayor Cynthia Guiani-Sayadi to postpone the event.

Although it served as the seat of power of the defunct Autonomous Region in Muslim Mindanao (ARMM), the city was not part of the ARMM until it ratified the Bangsamoro Organic Law (BOL), which created the BARMM.

Sayadi, who campaigned for “No,” questioned the results of the plebiscite.

Keeping promiseThe President made the decision to set the date of turnover during the fifth meeting of the Intergovernmental Relations Body on Friday, said Sinarimbo, who is also the BARMM spokesperson.

The body is the mechanism mandated to resolve issues on intergovernmental relations between the national government and the newly created Bangsamoro.

“We thank President Duterte for keeping with the spirit of the discussion last year in Malacañang to carry out the BOL mandate and transfer the supervision of Cotabato City to the BARMM,” Sinarimbo said.