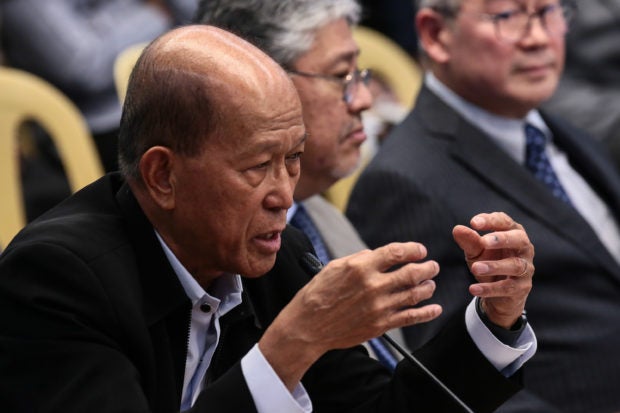 Lorenzana made the call after Cullamat’s youngest daughter, Jevilyn, was killed in a clash between the members of the Philippine Army’s 3rd Special Forces Battalion and the New People’s Army.

Lorenzana called Jevilyn’s death “a grim reminder of the effects of the fruitless armed conflict perpetrated by these communist terrorist groups.”

“We call on our representatives in the Makabayan Bloc and all those who condone the atrocities committed by the NPA to denounce the divisive ideology that destroys the lives and property,” Lorenzana said.

“Let this incident bring to the fore the duplicity of the communist terrorist movement, whose members in the higher echelons pit Filipinos against fellow Filipinos,” he added.

Lorenzana likewise said that the Army immediately evacuated Jevilyn’s remains from the encounter site and readily coordinated and provided transportation and security assistance to the Cullamat family.

“I have instructed the responding units of the Armed Forces of the Philippines to ensure that the NPA casualty is treated with dignity,” Lorenzana said.

“The public can rest assured that our troops shall remain vigilant and ready to defend our communities against the communist terrorists whose only goal is to sow hatred and violence,” he added.

The defense secretary also offered his condolences to the Cullamat family.

“I express my deepest condolences to the family of Rep Eufemia Culliamat on the death of her daughter, Jevelyn Culliamat, during an encounter between the Army and NPA in Marihatag, Surigao del Sur on November 28, 2020,” Lorenzana said in a statement Monday.

“The loss of our youth is indeed deeply regrettable but losing them in a senseless war being waged by the NPA against the government is an even greater tragedy. Their brutal and divisive ideologies have left a trail of death and destruction all over the country and will continue to do so until we put a halt to their recruitment,” he added.

For her part, Cullamat asked the military not to use the remains of her daughter as a trophy for its propaganda, adding that her family had been disrespected.