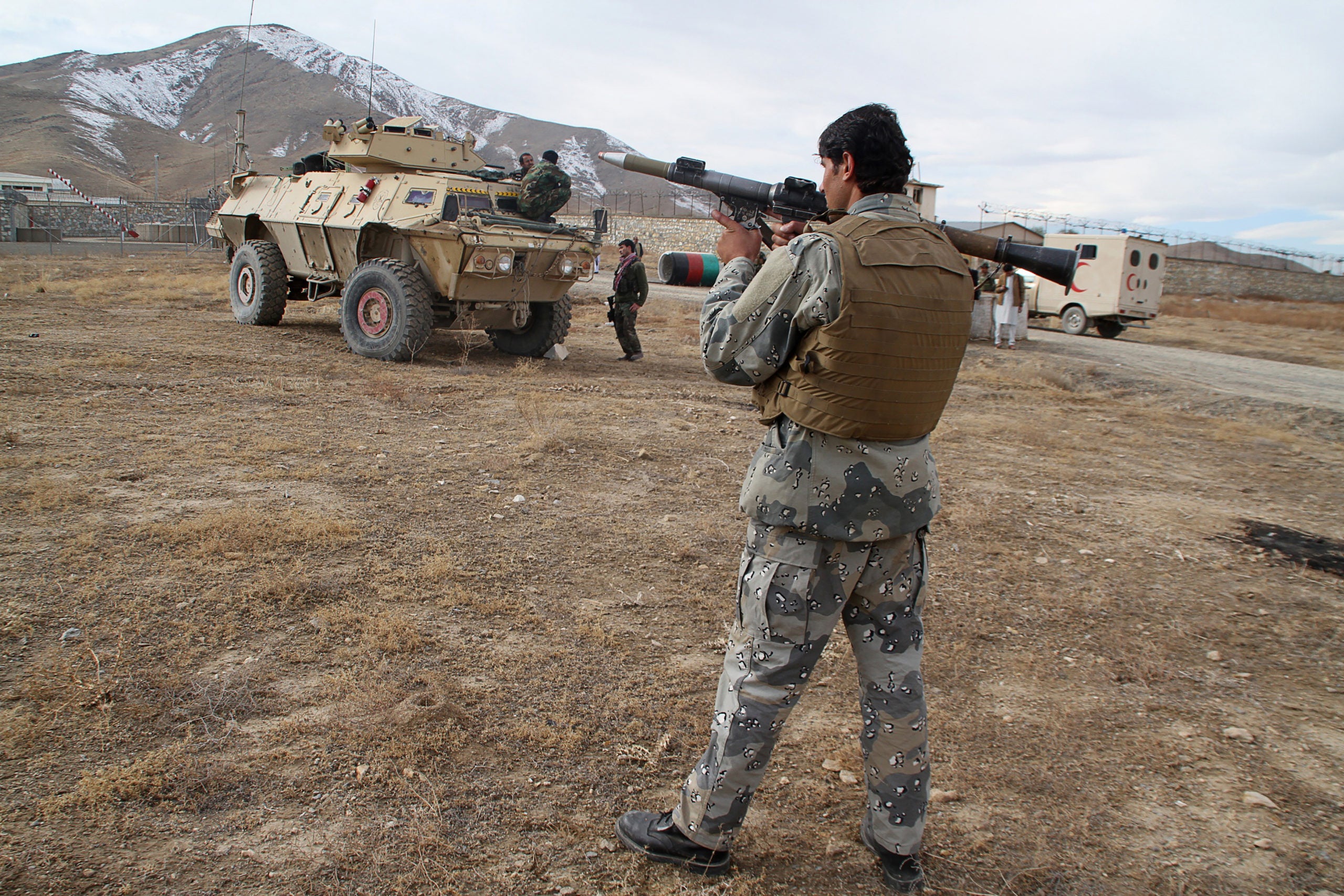 GHAZNI, Afghanistan — A suicide car bomber struck an army base in Afghanistan on Sunday killing at least 30 security personnel, officials said, in one of the bloodiest attacks targeting government forces in recent months.

The attack occurred on the outskirts of Ghazni city, capital of the eastern province of Ghazni, which has seen regular fighting between the Taliban and government forces.

It came as the Afghan government and Taliban are engaged in peace talks, but a top official said such attacks have the potential to “harm the peace process” as violence continues to surge across the country.

“Thirty bodies and 24 wounded people have been brought to the hospital. All of them are security personnel,” Baz Mohammad Hemat, director of Ghazni hospital, told AFP.

“The bomber drove a Humvee vehicle right inside the base and detonated it,” Ghazni governor spokesman Wahidullah Jumazada told AFP.

The base is located on a vast swath of arid land surrounded by mountains.

Video footage showed military ambulances taking the dead and wounded to hospitals and cranes deployed to remove the debris from the site of the attack in the base.

The ministry of defense gave a toll of 10 security personnel killed and seven wounded. The ministry is known to downplay tolls in attacks against its forces.

No group has so far claimed the attack, and the Taliban who are fighting government forces largely in rural areas have often not commented on deadly strikes since the peace talks commenced in September.

“Such terrorist attacks will create an atmosphere of fear, terror, and pessimism among the Afghan people and will harm the peace process,” said Abdullah Abdullah, who is leading the overall peace process in Afghanistan.

“The increase in violence is not acceptable to people… and runs against the peace process, negotiations, and reconciliation.”

The Ghazni attack comes just days after two bombs killed 14 people in the historic city of Bamiyan, ending years of calm in the isolated town famous for its ancient Buddhist heritage.

In another suicide car bomb attack on Sunday, one civilian was killed and 20 others wounded in the southern city of Qalat in the province of Zabul, provincial police chief Hekmatullah Kochi told AFP.

Sunday’s bombings marked the latest carnage in Afghanistan, where violence has surged since the start of peace talks on September 12 in Doha.

Brutal attacks have killed more than 50 people in Kabul in recent weeks, including two assaults on educational centers and a rocket attack.

The three Kabul attacks were claimed by the Islamic State group, but Afghan officials blamed the Taliban — who denied any involvement.

Peace talks had been bogged down by disputes on the agenda, the basic framework of discussions, and religious interpretations, but the agreement has now been reached on all issues, according to sources close to the talks.

Late on Saturday, a spokesman for the government negotiating team, Nader Nadery, said on Twitter that there had been progressing in talks but an overall agreement was still to be finalized.

US Secretary of State Mike Pompeo called for “expedited discussions” during a visit to Doha last week where he met negotiators from both sides.

The Pentagon said earlier this month that it would soon pull out some 2,000 troops from Afghanistan, speeding up the timeline of a full withdrawal by May 2021 as agreed with the Taliban in a separate deal signed in February.