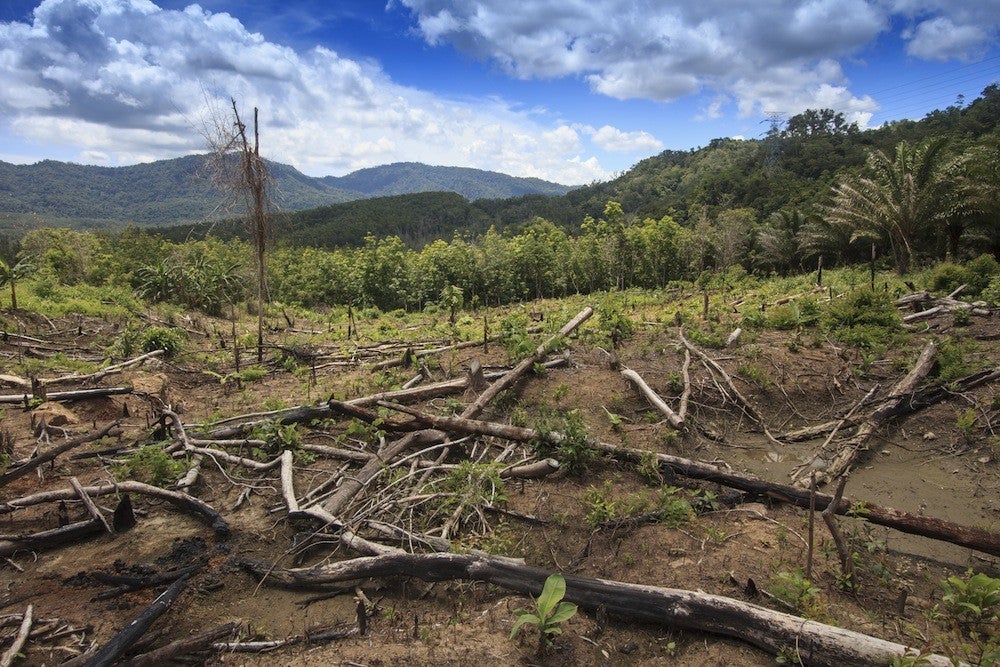 The Environment and Forestry Ministry and the World Bank signed a deal on Friday on the Forest Carbon Partnership Facility (FCPF), which provides an additional opportunity for the government to receive payments in exchange for reducing carbon emissions. (Shutterstock/Rich Carey)

JAKARTA — Indonesia’s Environment and Forestry Ministry and the World Bank signed a deal on Friday on the Forest Carbon Partnership Facility (FCPF), which provides an additional opportunity for the government to receive payments in exchange for reducing carbon emissions.

Under the agreement, Indonesia will be eligible to receive up to US$ 110 million for reducing carbon emissions from deforestation and forest degradation until 2025.

The results-based payment scheme seeks to advance the government’s goal of reducing carbon emissions in East Kalimantan by 22 million tons.

“This agreement is proof of the Indonesian government’s hard work in reducing deforestation and protecting forests. Our efforts will not stop here,” said the ministry’s secretary general, Bambang Hendroyono, on Saturday.

The agreement, he said, would also spur collaboration between the state, civil society groups, local communities and business players.

“Although the emissions reduction efforts on the ground will be focused in one province, the results will help us all achieve our goals of reducing deforestation and degradation, mitigating climate change and putting Indonesia on the path of green development,” Bambang said in a statement.

The emissions reduction program aims to protect 12.7 million hectares of rainforest and other biodiverse biomes in East Kalimantan, which is home to about 3.5 million people.

The agreement is expected to improve land management and provide local jobs, in addition to protecting the habitats of vulnerable and endangered species. It also seeks to improve the issuance of forestry permits, encourage small-scale plantations and promote community planning for forest areas.

“Indonesia has committed to reducing 41 percent of its greenhouse emissions by 2030, in addition to speeding up sustainable development in its national development plan. The agreement that we signed today will support those ambitious national goals,” Satu said in a statement.

In preparation of the FCPF deal, the World Bank has provided a grant to the East Kalimantan provincial administration for the 2015 to 2020 period, which will be managed by the Social and Economic Policy and Climate Change Research Center at the Environment and Forestry Ministry.

In August, the government announced that it was eligible to receive a grant of $103.8 million from the Green Climate Fund (GCF) for reducing carbon emissions under the REDD+ scheme.

In late May, the government said that it would receive $56 million from Norway, also under the REDD+ scheme but based on a bilateral agreement.

Read Next
Babies born to moms with COVID-19 may have antibodies, but scope of protection is unclear
EDITORS' PICK
Duterte still won’t allow in-person classes despite delivery of COVID-19 vaccines
At least 18 killed in Myanmar on bloodiest day of protests against coup
JC Cares Foundation extends support to bloodletting program
GOMO makes data more awesome with new limited time offer
Why might a child need bone marrow transplant?
PH receives first shipment of Covid-19 vaccines from China
MOST READ
Janno Gibbs, Kitkat Favia speak up on leaving ‘Happy Time’ after feud
Duterte dares Robredo to get vaccinated first
PH receives first shipment of Covid-19 vaccines from China
PDEA, PNP may have been set up – Lacson
Don't miss out on the latest news and information.