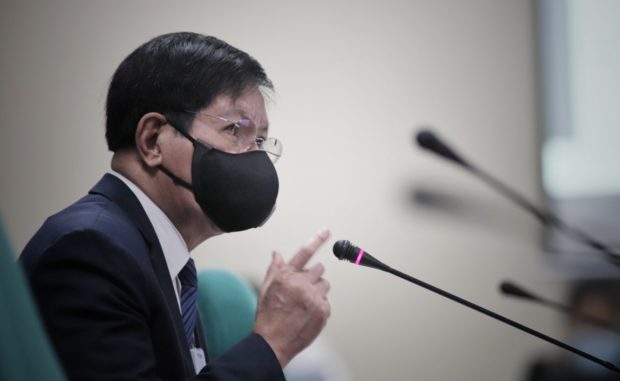 MANILA, Philippines — Sen. Panfilo Lacson, known for detecting so-called pork insertions in the budget, asked his colleagues in Congress to make public their amendments in the 2021 P4.1-trillion budget bill.

“If we have nothing to hide, we have to make our amendments public, as I have done in my case, so those amendments can be scrutinized by the media as well as the public,” Lacson said in a statement issued on Saturday, derived from an earlier interview he gave over AM radio station DZRH.

“It is the mandate of Congress to make amendments to the budget bill; we cannot just adopt the National Expenditure Program en toto,” he added.

Lacson said making amendments public would help senators prepare for the Bicameral Conference Committee deliberations on the budget, which is expected to start on Dec. 1.

The Senate recently approved the proposed P4.5-trillion national budget for 2021, and the next step is for both chambers to convene the Bicameral Conference Committee to reconcile their versions of the budget bill.

“I want to know what parts of the P60 billion I sought to delete had been considered and rejected. We have to know the details of the Senate version of the budget bill when we face our counterparts in the House for the bicameral conference committee,” Lacson said.

Lacson previously proposed the removal of P60 billion from the proposed budget of the Department of Public Works and Highways. This includes appropriations for multi-purpose buildings, excluding evacuation centers and quarantine facilities.

He also proposed a P500 million cut in the proposed budget of the National Irrigation Administration because of its delays in implementing irrigation contracts.

Lacson said the amount should instead just be realigned to the following:

• At least P20 billion for local government units in areas hit hard by recent typhoons via the Assistance to Local Government Units-Local Government Support Fund (ALGU-LGSF). This includes assistance for evacuation centers and quarantine facilities, for livelihood, and for reconstruction.

• At least P12 billion for the Department of Information and Communications Technology, to at least start its P18-billion national broadband program.

• An additional budget for the flexible learning options of the Department of Education;

• Augmentation by at least P8 billion more for the Department of Health to implement the Universal Health Care program via the Health Facilities Enhancement Program (HFEP), which needs at least P13 billion.