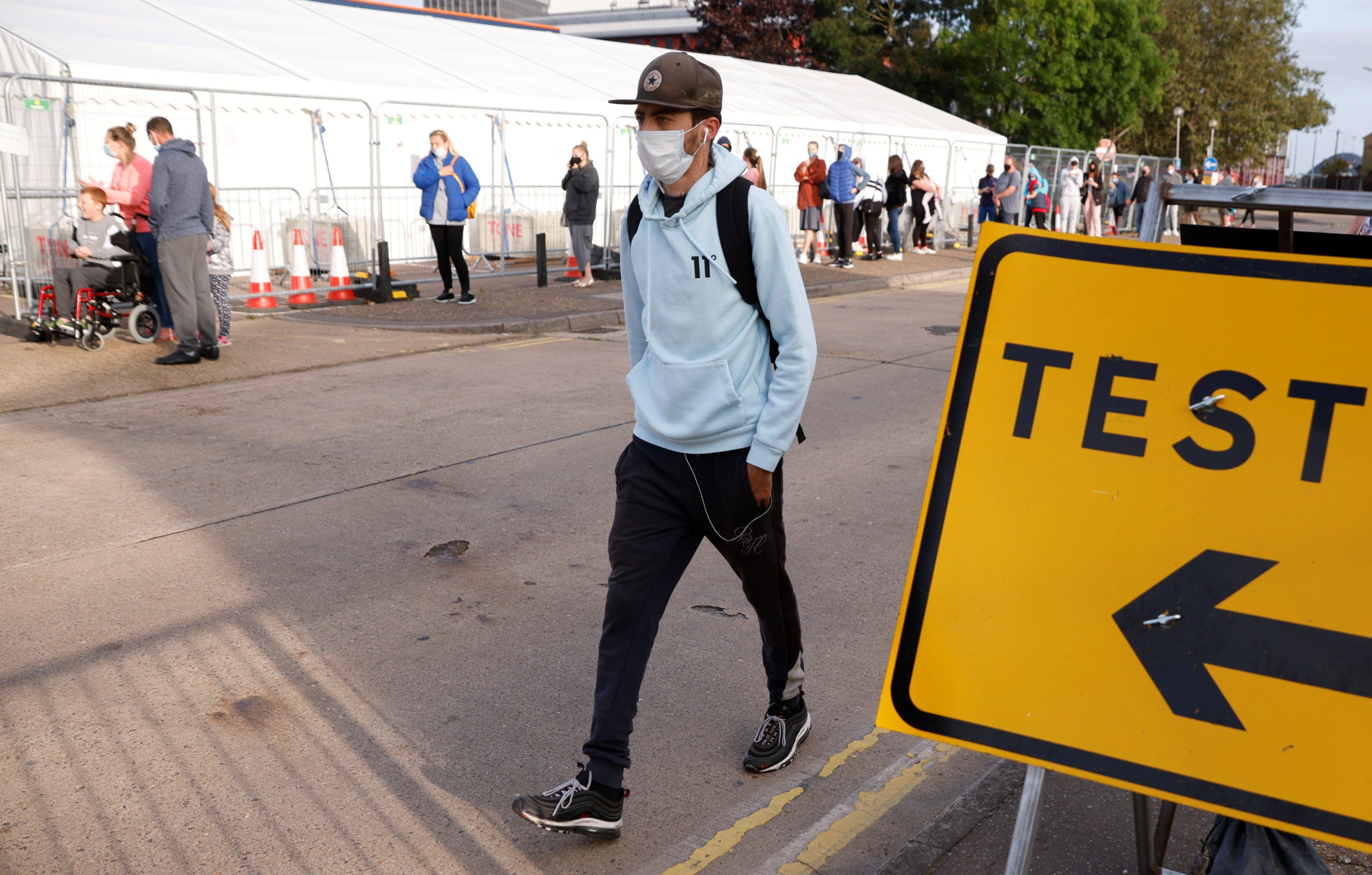 A man walks past people queueing outside a test centre, following an outbreak of the coronavirus disease (COVID-19), in Southend-on-sea, Britain September 17, 2020. REUTERS/John Sibley

Over 1,300 people in Britain were inaccurately informed they were infected with coronavirus after a laboratory error at the government’s NHS Test and Trace system, the Department of Health and Social Care told Reuters on Saturday.

“NHS Test and Trace has contacted 1,311 individuals who were incorrectly told that the result of COVID-19 tests, taken between Nov. 19 and Nov. 23, were positive. An issue with a batch of testing chemicals meant their test results were void,” a department spokesman said in an emailed statement.

“Swift action was taken to notify those affected and they have been asked to take another test, and to continue to self-isolate if they have symptoms.”

The laboratory error that led to the problem was an “isolated incident” and was being investigated, the statement said.

The government has announced an extra 7 billion pounds ($9.31 billion) for its COVID-19 testing and contact tracing system as part of an expanded program of mass testing.

The NHS Test and Trace system has been heavily criticized after a series of high-profile failures since its launch earlier this year, and ministers concede it has not performed as well as they had hoped.

In September, nearly 16,000 positive case records were lost from the system for several days – causing a delay in contact tracing. The government blamed a “legacy” file system that cut off records after about 65,000 rows of data.

Reuters analysis and interviews with contact tracers have shown issues with the system, and that when looking at non-household contacts, the proportion that is successfully traced is lower.

The United Kingdom has had about 1.6 million coronavirus cases and over 57,500 deaths, according to a Reuters tally.