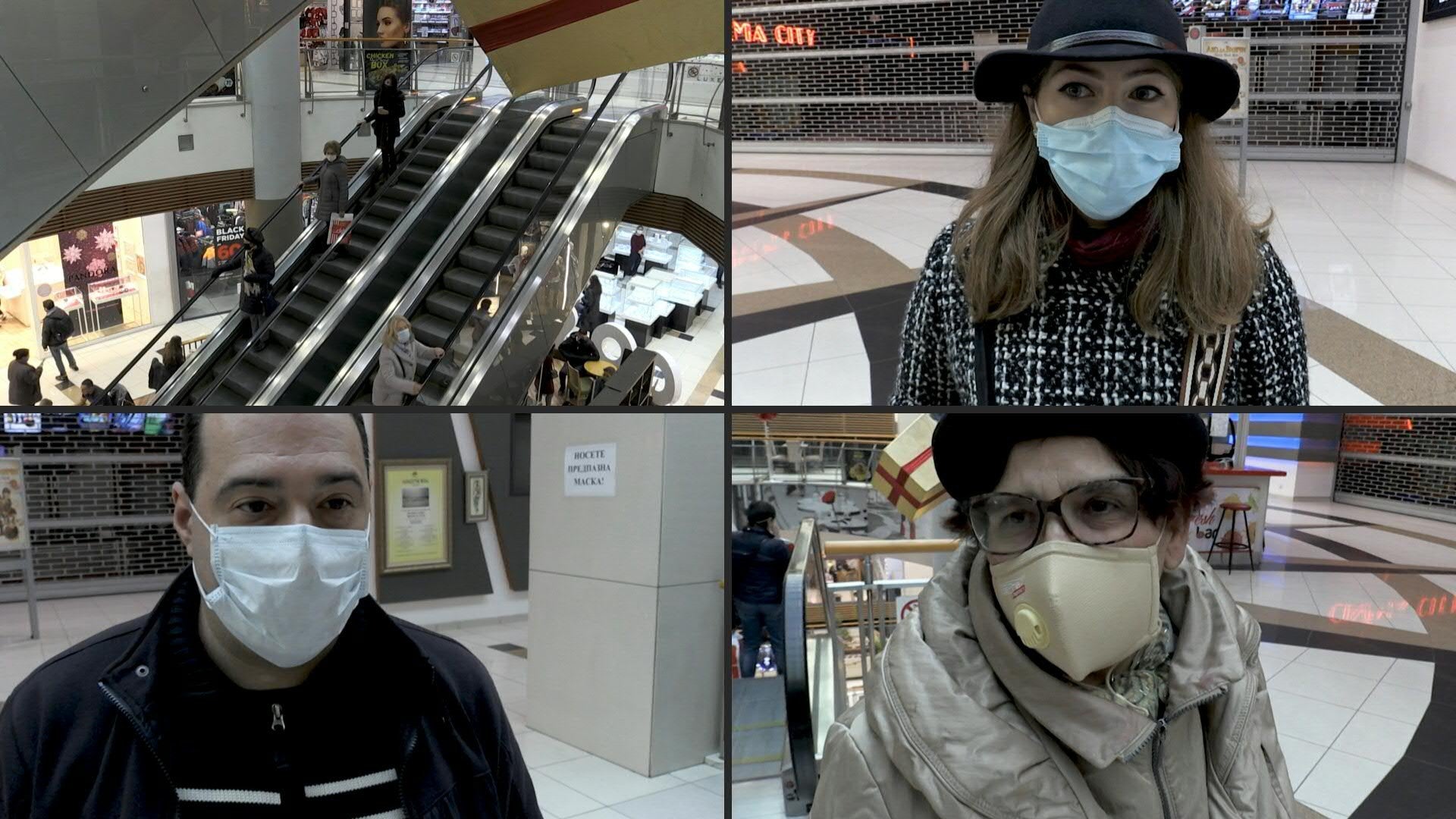 Bulgarians enjoy a last day of shopping and eating out before the country shuts shopping malls, restaurants, cafes, and schools to contain the spiraling spread of the coronavirus. The country of 6.9 million people currently ranks among the worst-hit in Europe after suffering its deadliest week since the start of the pandemic. /AFP

PARIS — Parts of Europe will reopen stores on Saturday in time for the holiday season after progress in containing the coronavirus, but Los Angeles will halt nearly all gatherings with the pandemic surging across the United States.

Most countries hope to ease their virus rules for Christmas and New Year, allowing families a respite before bracing for what the world hopes is one last wave of restrictions until a clutch of promising new vaccines kick in.

Stores will lift their shutters in France on Saturday, while Poland’s shopping centers will also reopen.

Belgium is to allow shops to reopen from December 1, but keep the current semi-lockdown in place possibly until mid-January.

The move mirrors similar easing in Germany, Luxembourg, and the Netherlands.

The Italian government partially lifted restrictions in Lombardy and Piedmont in the north, and Calabria in the south from Sunday, changing their alert levels from red to orange.

And Ireland has also announced a staggered easing of restrictions to allow some businesses to reopen and for families to gather ahead of Christmas.

Speaking in a televised address, Irish Taoiseach Micheal Martin said the upcoming festive period “cannot and will not be the kind of Christmas we are used to” but added the easing of restrictions would offer “some respite from the hardships of 2020 and in particular, the last six weeks”.

Germany, once a beacon of hope in Europe’s coronavirus nightmare, logged more than one million cases on Friday, while Russia asked India to help mass produce its controversial Sputnik vaccine.

Although the virus spread is slowing thanks to weeks of tough restrictions, Europe remains at the heart of the pandemic, recording more cases than the United States in the past week.

Until recently, Germany’s relative success in containing the virus had offered some sense of hope, with authorities putting in place some precautions that still allowed life to carry on almost as normal.

However, its measured approach has failed during the second wave, endangering the health of Europe’s biggest economy and weighing on the mood as the northern hemisphere heads into the winter holidays.

More worryingly, the number of COVID-19 patients in intensive care has soared from around 360 in early October to more than 3,500 last week.

The United States surpassed 13 million total cases on Friday — the world’s highest — and officials were concerned whether gatherings on Thursday for the Thanksgiving holiday would further worsen the situation in the coming weeks.

Worry over the virus’s rapid spread led Los Angeles county to announce a temporary ban on gatherings of people from different households, with religious services and protests exempt.

California last week imposed a night-time curfew across much of the state.

Sports was also affected in the United States.

The NFL postponed a pivotal matchup between the unbeaten Pittsburgh Steelers and the Baltimore Ravens to Tuesday because of a Covid-19 outbreak among Ravens players.

Further north in Canada, whose largest city Toronto is under lockdown, Prime Minister Justin Trudeau announced that a general who led NATO’s mission in Iraq, as well as Canadian troops in Afghanistan and Bosnia, would spearhead a gigantic vaccination drive.

“This will be the biggest immunization in the history of the country,” Trudeau said.

The pandemic is spreading fastest in Asia and Latin America, and is up by a worrying 113 percent over the week in Mexico.

Globally, more than 1.4 million deaths and 61 million infections have been officially recorded, although the real numbers are unknown since testing and reporting methods vary greatly.

With the virus on the march and the rollout of the first vaccines not expected until next month, much of the world faces a gloomy winter under more lockdowns, with an accompanying increase in economic anxiety and mental strain.

Lockdown fatigue is spreading even as governments unfurl new measures to save healthcare systems from collapse.

One hairdresser in northern England has become a cause celebre among social media libertarians after stacking up fines totaling £17,000 ($23,000), invoking the Magna Carta of 1215.

Among others invoking Magna Carta to stay open have been a tattoo parlor in Bristol, western England, and a children’s soft-play center in Liverpool, in the northwest.

Law enforcers have taken a dim view, meting out fines and reminding all businesses that legislation of this year, not 800 years ago, is relevant and binding.

Nations are now trying to gauge how people, exhausted by one of the most traumatic years in generations, can enjoy a small holiday break without making things worse.

Playing it safe, German Chancellor Angela Merkel has called for all EU resorts to be closed until January 10, making Switzerland — which is outside the bloc and is staying open — the go-to destination for ski fans.

‘No plan, no Q, nothing’: QAnon followers reel as Biden inaugurated