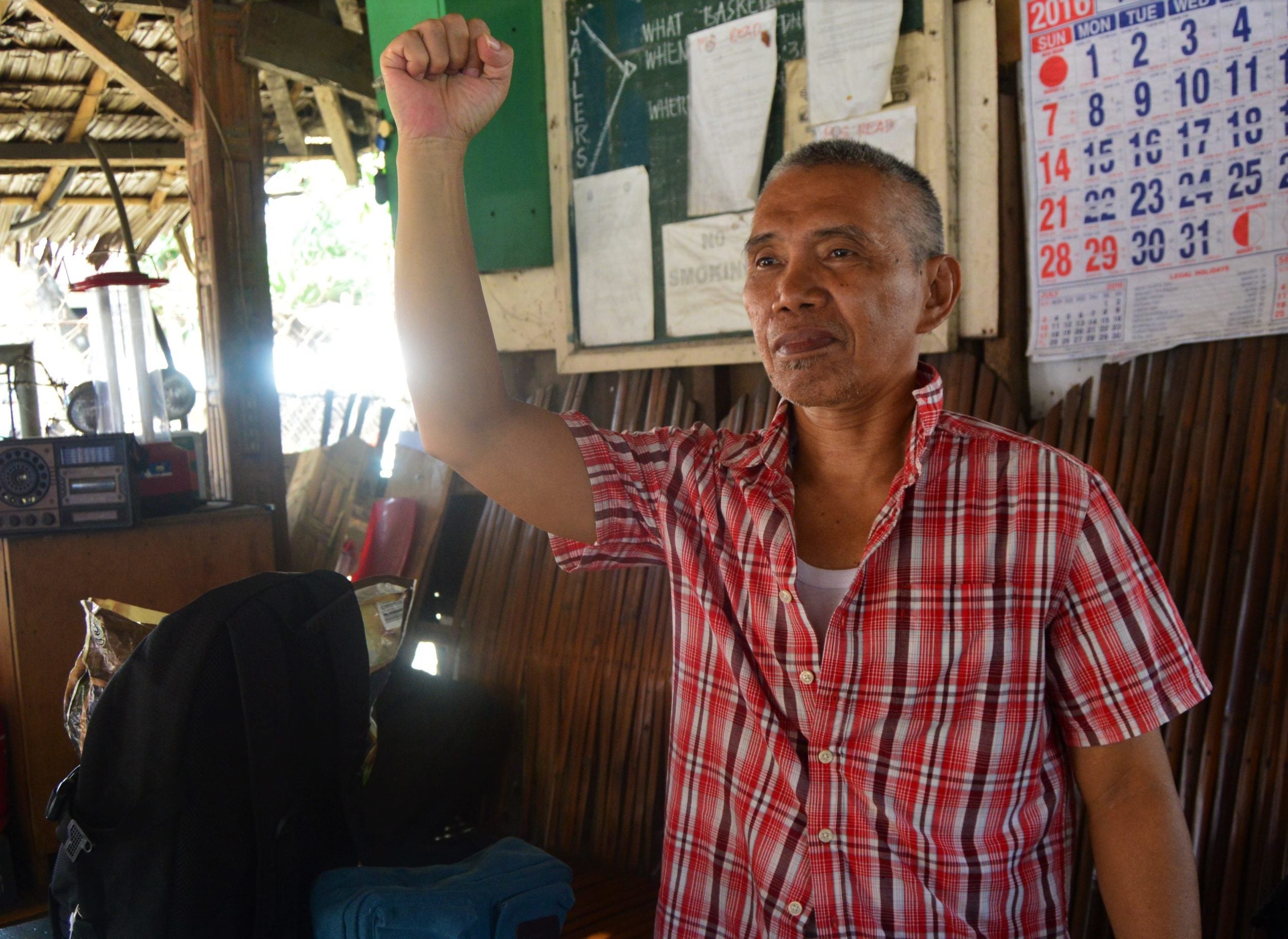 TEMPORARY LIBERTY. In this file photo, Alfredo Mapano, also known as “Ka Paris,” raises his fist as he was released from detention at the Misamis Oriental Provincial Jail in Cagayan de Oro City in 2016 to join as consultant of the National Democratic Front in its peace talks with the government. He was arrested on Friday, Nov. 27, by operatives of the Bayugan, Agusan del Sur municipal police while on duty at the Phividec Industrial Authority in Tagoloan, Misamis Oriental where he has been working for the last three years. (Jigger J. Jerusalem)

CAGAYAN DE ORO CITY—A former peace consultant of the National Democratic Front of the Philippines (NDFP) in Northern Mindanao was arrested by police in his workplace in Tagoloan town, Misamis Oriental province on Friday (Nov. 27).

Alfredo Mapano, aka Ka Paris, an alleged leader of New People’s Army (NPA), was arrested past 7 a.m. at the Phividec Industrial Authority (Phividec) compound where he is currently working.

Dungca said Bayugan police had informed him about a mission to arrest someone in Tagoloan, but learned only later that the subject was Mapano.

He was first assigned to the company’s corporate social responsibility unit, and lately, designated as security officer.

Mapano was detained for at least seven years in the Misamis Oriental provincial jail for various charges as a suspected NPA leader.

He was allowed to post bail in 2016 so he could join the NDFP peace panel as a consultant in talks between communist rebels and the Duterte administration.

Following the collapse of the talks, which was eventually cancelled by Duterte in 2017, Mapano decided to lay low and sought employment with the government.