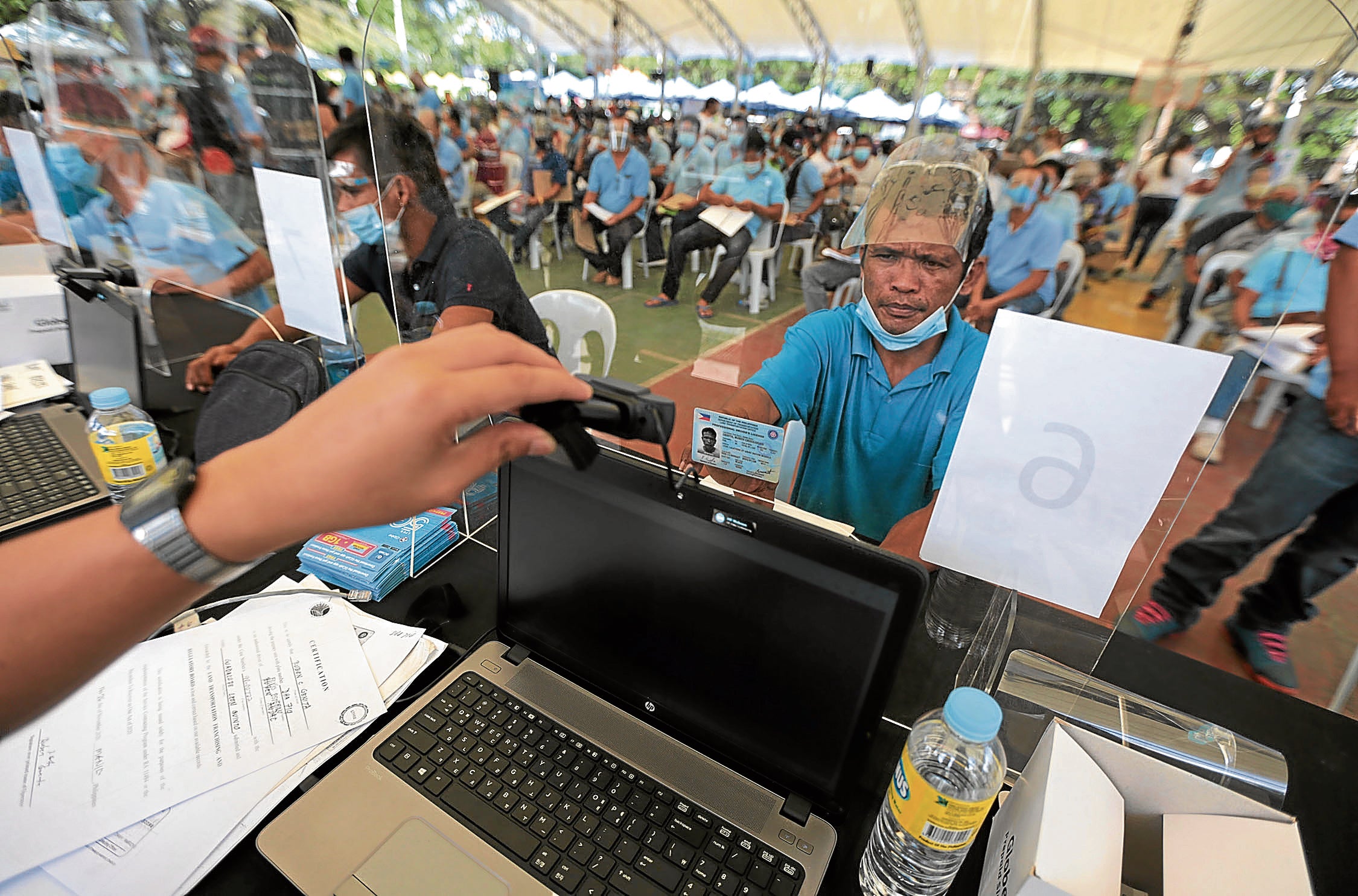 ALTERNATIVE LIVELIHOOD Left without a steady source of income for months while under community quarantine, hundreds of jeepney drivers flock to the
Land Transportation and Franchising Regulatory Board on Thursday to register in a programthat would assure them of earnings under a service contract with
the government. —GRIG C. MONTEGRANDE

The Land Transportation Franchising and Regulatory Board (LTFRB) said 1,520 drivers of traditional public utility jeepneys (PUJ) had applied for the P5.58-billion service contracting program on the first day of the general registration on Wednesday.

The LTFRB said around 30,000 public utility vehicles will be contracted under the program, which was supposed to run from October to December under the Bayanihan 2 Act.

Each unit, which will employ two drivers, will be allowed to operate for 18 hours daily.

As the LTFRB has yet to reach its target number of beneficiaries for service contracting, the agency is calling on public utility vehicle (PUV) drivers and operators to register to the program so that they can be included in the database of qualified drivers.

Drivers and operators may register their units at the Quezon City Memorial Circle basketball covered court until Sunday, Nov. 29.

“We are doing this to extend our assistance faster to drivers who had been affected by the pandemic, especially those who had difficulties accessing the online registration,” said LTFRB Technical Division Head Joel Bolano.

Since the LTFRB launched the online registration for service contracting in October, 44 PUJ drivers under the first batch of beneficiaries had already signed their contracts with the LTFRB.

LTFRB chair Martin Delgra earlier said PUV drivers who will be contracted by the government can earn as much as P1,000 per day through the weekly performance-based subsidy.

But the LTFRB clarified that the program is open to traditional and modern PUJs and public utility buses that have been allowed to ply reopened routes in Metro Manila and nearby provinces, and buses in Metro Cebu and Metro Davao.

Since June 30, the agency had also allowed 4,511 Metro Manila buses and 680 provincial buses to return to the streets.