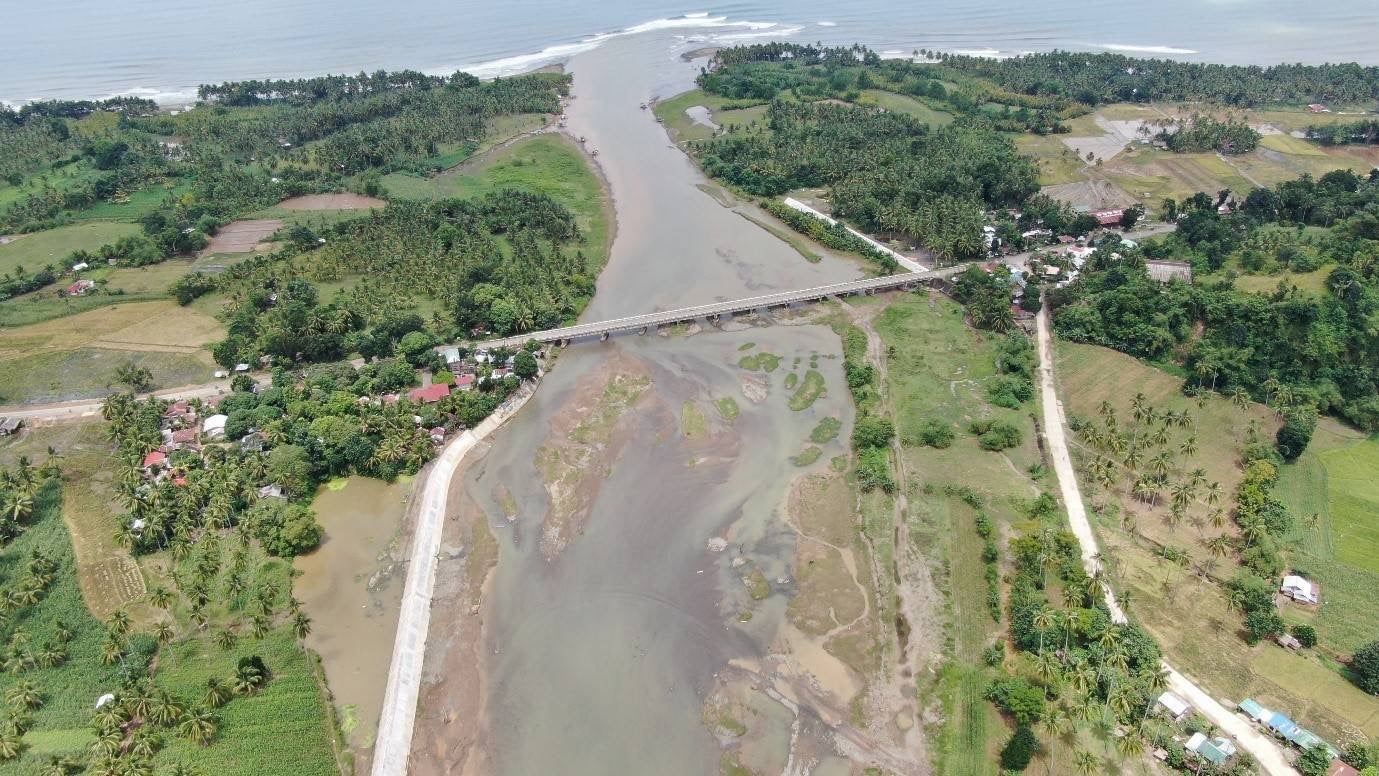 DPWH completes the revetment wall along Talinga River Basin in Leon B. Postigo, Zamboanga Del Norte to protect residents and properties in the area from major flooding. (Photo from DPWH)

MANILA, Philippines — The Department of Public Works and Highways (DPWH) announced on Wednesday the completion of a revetment wall along Talinga River Basin in Leon B. Postigo, Zamboanga Del Norte to protect residents and properties in the area from major flooding.

DPWH Secretary Mark Villar said that the river wall was completed a month ahead of the original schedule, and is now protecting residents of the flood-prone Baranday Talinga.

“The newly-built revetment structure will avert flooding and overflow of Talinga River and lessen the damage brought by typhoon season in the low-lying area of Barangay Talinga,” Villar said in a statement.

The project was funded under the DPWH 2020 Regular Infrastructure Program and was implemented by the DPWH Zamboanga Del Norte 2nd District Office. Zac Sarao, trainee