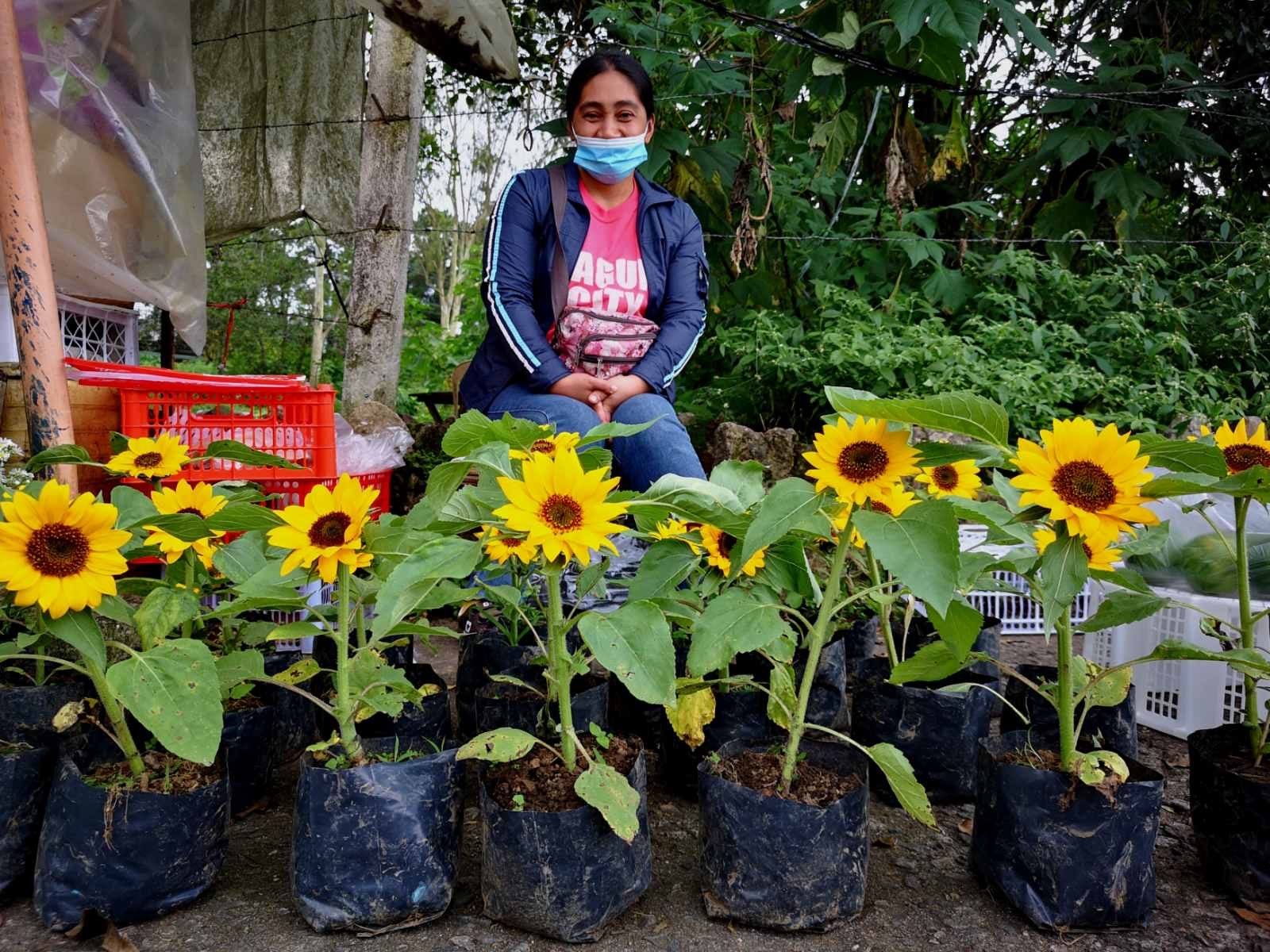 Baguio entrepreneurs like this woman suffered during the lockdown and the prevailing quarantine, but have picked themselves up, brushed themselves off, and resumed their trade despite the coronavirus pandemic. PHOTO BY EV ESPIRITU INQ

BAGUIO CITY — Saying lives and the economy are at stake, tourism industry leaders on Tuesday turned against what they claimed are “sensationalized news reports” about the summer capital’s classification as a “high risk” area for the coronavirus has “misled” travelers into thinking that Baguio is unsafe.

Baguio was ranked high alongside Davao City among nine local governments flagged in the latest OCTA Research as “hot spots” due to high rates of coronavirus disease (COVID-19) transmissions.

The OCTA report, which is regularly distributed to the media, is generated periodically by an independent research team composed of scholars from the University of the Philippines, the University of Santo Tomas and United States-based Providence College.

“Reporting this has threatened to undermine the efforts of tourism stakeholders to revitalize an industry (that has been) so badly shaken by the coronavirus for that past 8 months now,” said the Hotel and Restaurant Association of Baguio (HRAB) and the Baguio Tourism Council in a joint statement.

“We have suffered deeply and will suffer more if domestic travelers and tourists are misled into believing that Baguio is unsafe, as reported out in both national and local media,” according to the statement signed by tourism council chair Gladys Vergara-de Vera and Anthony de Leon, HRAB vice chair and general manager of the Baguio Country Club.

But hotels have recently complained about room cancellations for the December holidays, alarming the industry which absorbed a P1.6 billion loss due to the hard lockdown and the prevailing quarantine.

The progression of infections in the summer capital should now be moving at “a downtrend, where cases will most likely decrease for the coming days,” according to a Nov. 21 data analysis from the Department of Mathematics and Computer Science at the University of the Philippines Baguio, the city health services office and the information office.

UP Baguio has been collaborating with city epidemiologists to track local COVID-19 behavior including daily attack rates or the proportion of the population that contracts the disease in an ‘at-risk’ population at a given moment.

It says the trend of infections from March to November 20 does indicate that “the number of daily confirmed cases has been increasing in the latter days,” following two outbreaks in September.

But the UP Baguio study attributes the subsequent increases of infection to Baguio’s aggressive testing and contact tracing.

As of Nov. 24, Baguio hospitals have been treating 208 patients, who count among the city’s total infection cases that has reached 2,915 since March. City health officials said 2,667 of them recovered, but fatalities in Baguio have risen to 40, many composed of the elderly and people weakened by underlying medical conditions.

The tourism industry leaders said Baguio cases have dropped by 17.26 percent as of Nov. 18, citing a city health report which highlights the efficiency of expanded tests that allow health workers to identify, isolate and treat COVID-19 carriers so as not to expose more people to the disease.

The HRAB and tourism council statement stresses that the heightened infection rate documented by OCTA occurred during active test and trace operations to determine the actual rate of community transmissions.

“In any language, in any real-time situation, Baguio’s nunber of positive cases hardly (depict) a city gripped (by) a ‘high risk’ situation,” they said. VINCENT CABREZA INQ