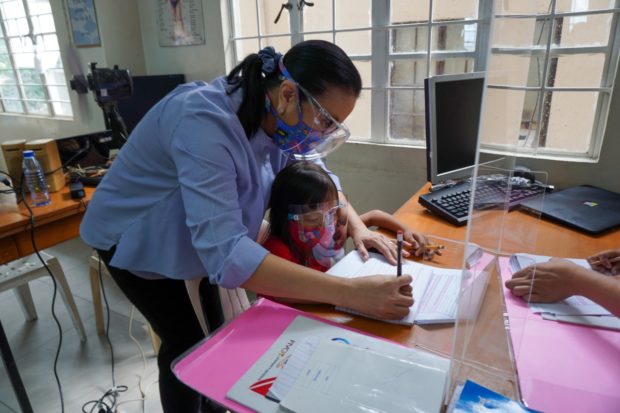 MANILA, Philippines — The Office of the Vice President (OVP) refuted Education Secretary Leonor Briones’ claim against the Community Learning Hubs it set up amid the government’s implementation of distance and blended learning because of the COVID-19 pandemic.

According to OVP, its Community Learning Hubs have been properly coordinated with the Department of Education (DepEd) and local government units (LGUs), contrary to what Briones has said.

Vice President Leni Robredo’s spokesperson, Atty. Barry Gutierrez, said in a statement on Tuesday that it was only until today that DepEd opposed their plans — claiming that even Briones herself said the learning hubs were a “good initiative” with the resumption of classes albeit online due to the new coronavirus crisis.

Briones earlier said they did not approve of OVP’s education centers because the government has yet to allow face-to-face classes even if the Community Learning Hubs are mere studying areas for students who do not have gadgets and access to the internet – basic requirements for DepEd’s distance and blended learning schemes.

“The Community Learning Hubs initiative was coordinated with the Department of Education, at both the national and local levels, every step of the way. In official correspondences between OVP and DepEd, Sec. Briones herself mentioned that ‘it is a good initiative’ and in fact requested additional details to ‘evaluate the feasibility of implementing such a program at scale’,” said Gutierrez.

“Until today, national DepEd did not express any opposition to the initiative, and our Office has in fact been ready for any coordination to scale up the hubs,” he added.

Gutierrez explained that the Community Learning Hubs — which OVP launched in partnership with the private sector — are not like school classrooms where students have to go in every day. Instead, he said, the students, especially those who have no gadgets or internet connection to use, can visit the hubs to get additional help or only when submitting their online class requirements.

Due to the pandemic, the government has decided to adopt distance learning or online classes and blended learning or education through modules. However, DepEd drew flak for allegedly being ill-prepared to implement the new learning systems while gadget availability and data connections continue to be lingering issues for both parents and students.

OVP has previously assured that the Community Learning Hubs are safe to use and are sanitized regularly, aside from implementing a schedule for students to avoid coronavirus transmissions.

“It was also very clear in our communication to DepEd that the hubs are not meant to be sites for classroom or face-to-face instruction; instead, it is meant to be a place for students where home-based learning is not conducive to get tutorial support in completing their modules and accessing resources, including the internet,” Gutierrez pointed out.

“Strict compliance with health protocols is followed in the hubs. There is also proper coordination not just with local DepEd Divisions but also local government units to ensure a safe and effective learning environment,” he also said. 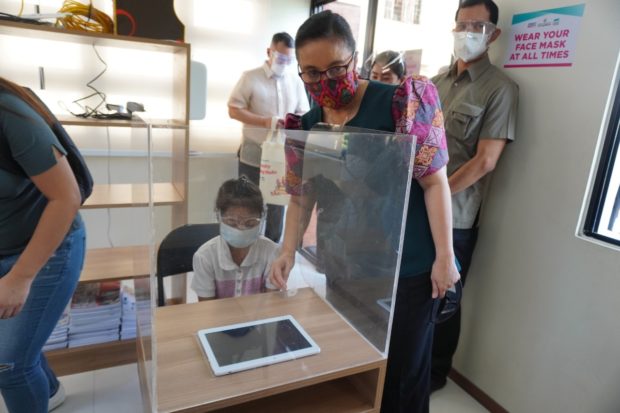 Briones earlier claimed that division offices of DepEd did not approve of OVP’s plans to put up Community Learning Hubs, noting that OVP instead coordinated directly with the LGUs.

Gutierrez confirmed that the project did not materialize in Caloocan City because OVP heeded DepEd’s advice and reservations.

“Currently, there are 11 active hubs serving more than 2,000 learners in Luzon and Visayas, spread across different schedules throughout the week to comply with social distancing, with the help of trained volunteers,” he said.

“Local stakeholders where hubs are operational have been supportive, including in Pasig City. For areas where local DepEd has expressed reservations, we did not push through with the implementation, such as in Caloocan City,” he added.

Despite the issues, OVP assured DepEd that they are welcome to visit the learning hubs to inspect the safety protocols in place.

“Officials from DepEd are welcome to visit our hubs anytime to see the service being provided while adhering to strict health protocols,” Gutierrez said.