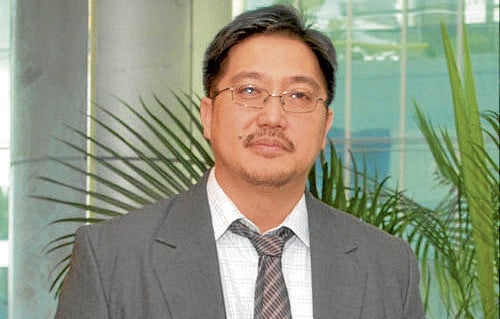 CEBU CITY, Cebu, Philippines — Almost a week after a young lawyer was murdered in Palawan province, another lawyer in this city was shot and killed by two unidentified men while walking to his office in Barangay Kasambagan on Monday, police said.

Lawyer Joey Luis Wee, 51, had two bullet wounds in his body and died while being treated at a local hospital, said Police Maj. Dindo Juanito Alaras, chief of the Mabolo police station here.

Alaras said Wee had just stepped out of his car and was on his way to his office at Altchi Building at 1:30 p.m. when he was attacked. The gunmen escaped on a motorcycle.

Investigators had yet to identify the suspects, or establish any motive behind the attack on Wee, who has been added to the list of more than 50 lawyers and judges slain in the country since President Duterte assumed office in 2016.Wee served as counsel for former officials of the Department of Public Works and Highways linked to the controversial purchase of 1,800 lampposts in the cities of Cebu, Mandaue and Lapu-Lapu in 2007.

He also defended agents and civilian assets of the National Bureau of Investigation in Central Visayas who were involved in the strafing of a van carrying off-duty resort employees in 2002.Lawyer Regal Oliva, president of the Integrated Bar of the Philippines chapter in Cebu City, denounced the attack “to the highest degree” in a text message to the Inquirer. “The attempt to take any lives will never be tolerated in a civilized society,” he said.

“We call upon all concerned agencies of government to immediately address this case and see to it that all perpetrators be brought to justice. We pray for his family that they may have all the strength and endurance to see this through,” Oliva said.

At least 13 lawyers had been killed in Cebu since 2004, according to an Inquirer tally culled from various reports.In Palawan, police on Sunday night scored a breakthrough in the Nov. 17 slaying of lawyer Eric Jay Magcamit after the arrest of a former soldier in Quezon town.

Police said Jazer Rey del Rosario, 38, a casual employee of the Quezon municipal government, was nabbed in his house in Barangay Alfonso XIII in Quezon by a team from the Criminal Investigation and Detection Group and the municipal police offices of Narra and Quezon.

Magcamit, 35, was on his way to a court hearing in Quezon when two men flagged him down in Narra on Tuesday last week. The men shot the lawyer after he stepped out of his vehicle.Police Col. Nicolas Torre III, acting provincial police director, said police were tracking three “persons of interest,” including another gunman and the driver of a van whom the police believed to be part of the plot to kill Magcamit.

This, after the dashboard camera footage retrieved from Magcamit’s Toyota Innova, showed that a gun was fired from a parked van as the lawyer was passing through.
Magcamit was buried on Sunday in Loyola Gardens in the capital Puerto Princesa City.

Prosecutor Ethel Alvarez-Magcamit said her husband “does not deserve such violent kind of death because he was never a violent man.”

Read Next
NIA starts review of dam release protocols
EDITORS' PICK
Acer Philippines welcomes you to its first flagship store
New Year, New Rediscoveries
Is your company a growth champion? Stand up and be recognized!
PNP’s Covid-19 cases jump to 9,809; 52 new infections logged
Pope Francis to miss events due to new flare up of leg pain—Vatican
More than 150 National Guard in Washington for Biden inauguration test positive for coronavirus
MOST READ
Former US envoy to PH Sung Kim appointed to State Department
Ellen DeGeneres, too, is baffled by viral Filipino soda ad
Teen gets 45 years in prison after killing mom over grades
UP frat condemns red-tagging after denouncing abrogation of DND agreement
Don't miss out on the latest news and information.