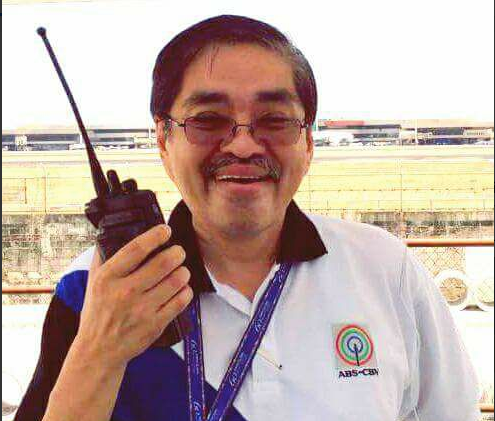 According to Velasco’s wife Yolly Velasco, the former broadcast journalist died of cardiac arrest.  She also said that Velasco had a heart ailment prior to his demise.

“It is with great sadness that we share with everyone that Ricky has joined our Creator last Friday, November 20 at around 11:45 PM due to cardiac arrest. We rushed him to The Philippine Heart Center, but just when he made it to the ER, he suddenly let go. Please offer a prayer for the eternal repose of his soul,” the Velasco family said in a statement.

“Viewing will be at Paket Santiago Marcos Highway, Antipolo City with mass to be held later at 6PM,” they added.

Velasco’s gained his monicker “Sky Patrol” for pioneering flexible traffic reportage by means of hovering around Metro Manila thoroughfares aboard a helicopter, during morning and afternoon rush hours.

The Sky Patrol became a vital means of transferring traffic information in Metro Manila’s dense areas, especially in an age where the technology used to monitor traffic nowadays — like smartphone applications or closed-circuit television cameras — were not yet available.

Velasco was also instrumental in ABS-CBN’s coverage of the Edsa 2 people power that ousted former president Joseph Estrada in 2001; and the Edsa 3 uprising as it provided the public a bird’s eye view of how many people were massing up at the Edsa People Power Monument, to call for a peaceful transition of the administration.

The Velasco family said that a final Mass would be held on Tuesday at 1:00 p.m. before his remains are cremated.

“As we would love to welcome those who wish to pay their last respects to Ricky, applicable IATF guidelines on social gatherings re: wake services will be observed like wearing of mask, face shield, and limited visitors at a time,” his relatives said.

“We’ll also be figuring out how we can do online viewing so you can join us virtually. Will update again regarding this,” they noted. [ac]