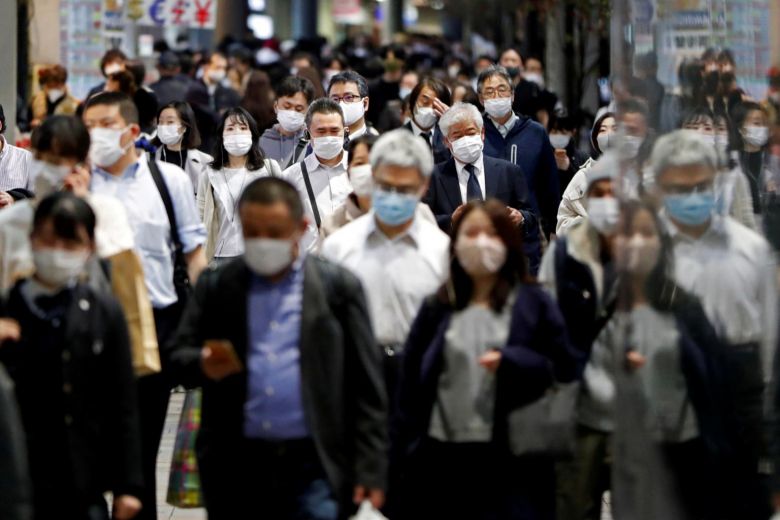 The abrupt U-turn just days after saying the scheme would continue as planned came as hospitals have begun to feel the strain from the explosive growth in infections.

Japan had a fourth straight record-busting day on Saturday with at least 2,560 cases, driven by new peaks in cities like Tokyo and Osaka, but clusters have also arisen in rural regions that are far less equipped to deal with the crisis.

“We will temporarily stop taking new reservations under the Go To Travel program for destinations where infections are on the rise,” Mr Suga said.

But Tourism Minister Kazuyoshi Akaba said later that the finer details – such as where the affected areas are and from when the suspension will start – have yet to be worked out.

The Go To Travel scheme gives subsidies to travelers to revive the hospitality industry, with up to 20,000 yen (S$260) of discounts available for an overnight stay.

As it is, the resurgence in cases in the past week did nothing to stop millions from going on holiday as the country marked the start of a three-day long weekend on Saturday.

Flights and shinkansen bullet trains were full while traffic jams stretched as long as 26km were recorded on major expressways.

Tourists cited the fact that their vacation had been planned months in advance and that it would be a waste to incur cancellation fees as reasons for going ahead with their trips.

Others said they would have thought twice about traveling had the government made the first step to suspend the Go To Travel scheme.

A woman told TBS News before she boarded the bullet train bound for Morioka in Iwate prefecture in north-east Japan: “The fact that the Go To campaign is still ongoing is tacit permission that travel is OK. Why can’t the government be more decisive?”

Saturday’s tally was driven by new peaks in areas like Tokyo, where the 539 cases marked the third straight day the city logged over 500 infections.

It was also the first day the Greater Tokyo region, the world’s most populated area, crossed a cumulative 1,000 cases.

Chiba, east of Tokyo, set a new high of 109 cases while Saitama to the north had a new peak of 173 infections. Kanagawa to the south recorded 193 new cases.

Osaka in western Japan had a third consecutive record-breaking day with 415 cases. Hyogo, where the city of Kobe is situated, registered a new peak of 153.

The decision to suspend the Go To Travel scheme in hard-hit areas came after Dr Shigeru Omi, who heads the government panel of medical experts, had said on Friday: “Just relying on the behavior of individuals may not continue to work, given the increasing number of clusters in unpredictable areas, and the rising numbers of untraceable infections.”