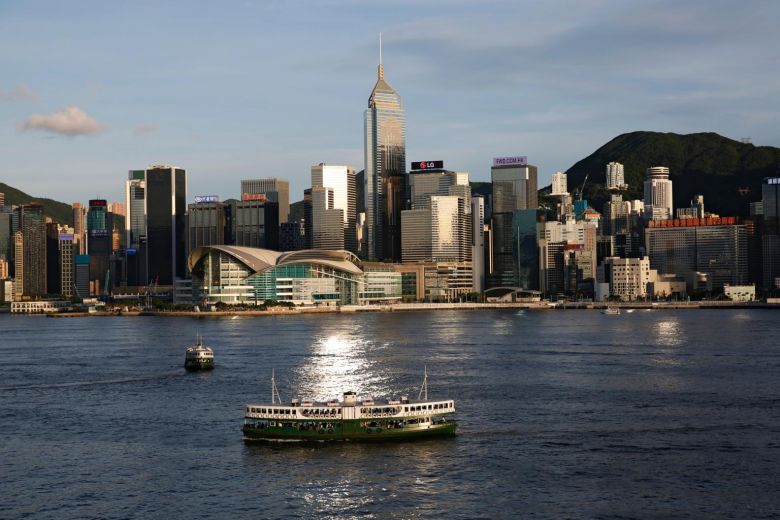 Flights have been suspended as the pandemic in Hong Kong escalates. PHOTO: REUTERS

HONG KONG — Travel bubble flights under the Singapore-Hong Kong arrangement have been postponed, Secretary for Commerce and Economic Development Edward Yau said on Saturday (Nov 21), adding that the two governments will announce in early December as to when the flights will restart.

Flights were originally scheduled to start from Sunday, but has been suspended as the pandemic in Hong Kong escalates.

Under the original deal which was announced in mid-October, the bubble flights will be suspended for two weeks if the seven-day moving average of the daily number of unlinked local Covid-19 cases is more than five for either Singapore or Hong Kong.

The moving average for the territory on Friday was 2.14 but the number of new infections on Saturday – crucial in determining if the threshold of five is crossed – shot up to 43, of which 36 are local and 13 are untraceable. This brings the total tally to 5,560 and 108 deaths.

Mr Yau said it was a mutual agreement to delay plans by two weeks “for the Hong Kong (Covid-19) wave to settle a bit”, which is the responsible thing to do and also to adhere to the conditions set out under the deal.

As to the passengers affected, there are the usual arrangements for refund by the travel agents or airlines, he said. Cathay Pacific was reported by local media to say that passengers can opt for a refund or reschedule their flights at no cost.

Singapore Transport Minister Ong Ye Kung said in a Facebook post on Saturday that airlines will be contacting the affected passengers.

“I can fully understand the disappointment and frustration of travellers who have planned their trips. But we think it is better to defer from a public health standpoint,” Mr Ong wrote.

“This is a sober reminder that the Covid-19 virus is still with us, and even as we fight to regain our normal lives, the journey will be full of ups and downs. But we will press on and look forward to when we can safely launch the (air travel bubble),” he said.

Ms Tan Lay Hoon, 53, whose husband is based in Hong Kong so she travels to the territory every month, was meant to take the first bubble flight from Singapore.

Her last visit to Hong Kong was in February before the circuit breaker and implementation of quarantine in Singapore.

“The frustration at the moment is the lack of information… Singapore Airlines is only able to tell me that they are able to change my ticket at no charge but there are no seats available on the travel bubble flight up till Jan 31, 2021,” said the retired banking professional.

“If I proceed to take SQ 890 tomorrow, I need to be quarantined in a hotel in Hong Kong for two weeks but the blow-up is in Hong Kong not Singapore,” she added.

Another passenger, content marketing executive Fairoza Mansor, 35, was to fly back to Hong Kong from Singapore on Monday (Nov 16).

But with the announcement of the travel bubble details, she changed it to Nov 25, only to have the bubble flight suspended.

“Being in this limbo has made travel plans challenging especially since travel rules in Hong Kong and Singapore are constantly changing. Inevitable given the pandemic, of course, but still frustrating,” Ms Mansor said.

She had decided to go ahead with the Nov 25 flight as she had to be back in Hong Kong for work.

“So I’ve resigned myself to the two-weeks hotel quarantine that Hong Kong has in place. I do wish the authorities would allow travelers from Singapore to do their quarantine at home. I think it’s the least they could do.”

The Hong Kong Tourism Commission, in a response to The Straits Times, on Friday said that the travel bubble can be adjusted any time by either increasing or reducing designated flights, or suspending them altogether.

If the threshold of five is breached, the travel bubble “will be suspended in two days’ time (including the day on which the figure was announced) for two weeks”.

“The two governments will notify the airlines and make the relevant announcement,” it said, adding that if the figure stayed under five for both cities on the last day of the suspension, the travel bubble can resume the next day.

The tourism commission added that in the event of a suspension of the travel bubble, Singapore citizens, permanent residents or long-term pass holders can return to Singapore from Hong Kong by non-bubble flights but they will be subject to Singapore quarantine arrangements such as the seven-day stay-home notice.

Meanwhile, the Hong Kong government has moved to tighten social distancing measures, including a ban on dancing in bars and pubs.

In a release issued on Saturday (Nov 21) morning, the government said live performances and dancing in bars and pubs will be banned, while premises like party rooms meant for holding social gatherings will be forced to shut from Sunday for five days till Nov 26.

Chief Executive Carrie Lam early on Saturday echoed the words of health authorities in a Facebook post, saying the pandemic in the city has hit a “severe” stage.

A meeting was called on Friday night and the government has come up with more anti-coronavirus measures that will be announced on Saturday, she said.

“Our priority now is to quickly cut off transmission through testing,” she said, adding that she has requested testing of those deemed high risk to be beefed up and for her team to find more ways to encourage voluntary testing.

The development follows a spike in the new Covid-19 infections on Friday which prompted Health Secretary Sophia Chan to warn that Hong Kong has “probably entered into a new wave of cases”.

Health officials and the city’s infectious diseases experts have for weeks warned about the impending fourth wave of the pandemic, with the latter on Friday saying they believe the new wave has arrived.

In Hong Kong, high-risk groups such as taxi drivers and nursing home staff are required to undergo mandatory testing for the virus, while patients who exhibit symptoms when they visit doctors have to do so too.

On Nov 14, the Hong Kong government had moved to tighten social distancing rules after detecting clusters among taxi drivers and at a Lantau resort.

Since Monday, dine-in services have ended two hours earlier at midnight while the cap on patrons per table was lowered to four from six. In bars and pubs, the number is halved to two. The measures are to last until Nov 26.

Given the popularity of staycations with borders shut, officials are looking to impose at resorts, hotels and guesthouses in each room a four pax max rule – the same limit as public gatherings in Hong Kong.

The government has tightened visiting arrangements for those serving mandatory 14-day quarantine periods after returning from overseas.

It is now considering giving a one-off subsidy to grassroots workers if they are confirmed to be infected.

Separately, the government is dealing with an upper respiratory tract infection outbreak in schools.

Eight cases have been reported in eight primary schools and Prof Chan said that from Nov 23, in-person classes for lower primary school levels (Standards 1 to 3) would be suspended for two weeks. She said classes at all schools may be cancelled if the situation worsened.

This decision on Friday came just over a week after kindergartens were ordered to close for two weeks due to the same nature of infections.

Mr Alvin Liu, 41, is based in Hong Kong but flew back to Singapore in late September because his mother was hospitalized.

He was due to return to Hong Kong where his family is, on Nov 30 via Singapore Airlines but may now change it to two weeks later, something he believes would be hard to do as other passengers move to do the same.

“A suggestion to consider, during this transition period and since Singapore has far less cases than Hong Kong, shouldn’t Hong Kong allow Singapore passengers to go in? If not, Hong Kong should at least reciprocate the seven-day quarantine that Singapore did for Hong Kong inbound passengers,” said Mr Liu who works in a bank.