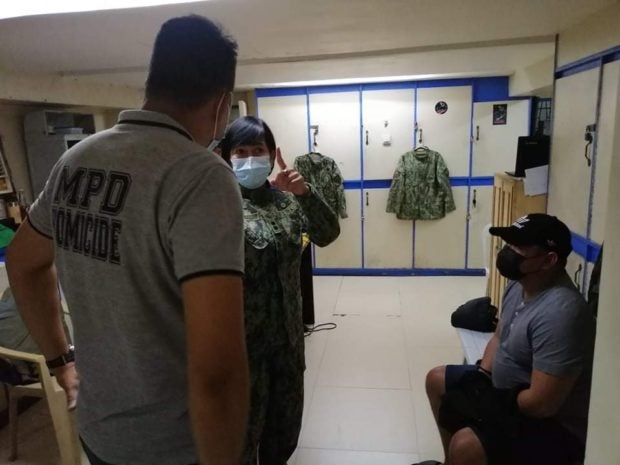 MANILA, Philippines — A police officer is facing murder and frustrated murder charges over a Nov. 20 shooting in Tondo, in which he was accused of killing a man and injuring another, the Manila Police District said in a text message on Saturday.

The complaint was filed at the Manila Prosecutor’s Office against Patrolman Alvin Santos, who is assigned  at the Santa Cruz Police Station of the MPD.

The cases were filed on Saturday, a day after Santos surrendered to the MPD, Capt. Henry Navarro, chief of the MPD Homicide Division, said in a Viber message to INQUIRER.net.

According to an MPD report, the incident happened early morning on Friday, Nov. 20.

Santos reportedly threatened to arrest two men — Joseph Marga, 32, and Mark Lester Quiñones, 28 — as they were on their way home.

Santos was said to be drunk at that time.

Marga then told Santos that he lived nearby, but the police officer, who was not pleased with his reply, shot Marga several times, also hitting Quiñones.

The officer fled as witnesses came to the aid of the men and took them to the nearest hospital, where Marga was pronounced dead. Quiñones survived the shooting.