Weather still fair in PH; temperatures may start dropping due to Amihan 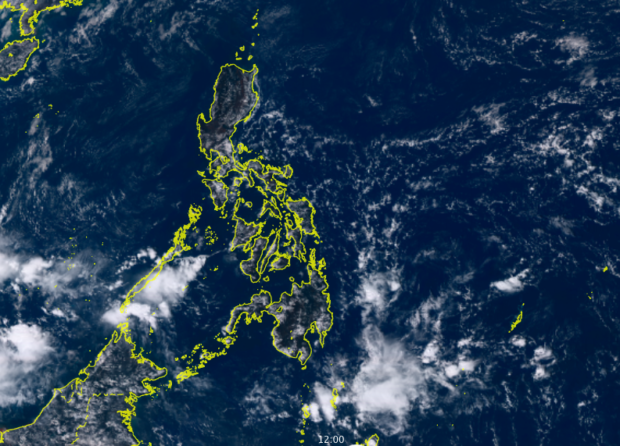 MANILA, Philippines — Almost no part of the country is covered in thick clouds, suggesting clear skies and generally fair weather over the weekend, the Philippine Atmospheric, Geophysical and Astronomical Services Administration (Pagasa) said on Friday.

Images obtained from the Himawari-8 satellite showed that no other circulations were seen over the country except for some clouds south of Palawan and east of Mindanao.

However, areas in the extreme Northern Luzon would experience rains, and colder weather as the northeast monsoon or amihan brings cold winds over the region.

Warm and humid weather would also persist over Visayas and Mindanao, as temperatures range from 25 to 32 degrees Celsius in Cebu and Tacloban, 24 to 34 degrees in Zamboanga, and 25 to 33 degrees in Davao.

Despite the warm temperatures, Pagasa predicts that temperatures may start dropping by next week as the amihan would have a greater influence in the coming weeks.  From 14 to 24 degrees Celsius in Baguio, it may peak only at 23 degrees next week.

The same scenarios are expected in Metro Manila and Legazpi, where temperatures are seen to be lower by one degree for next week.

No gale warning has been raised over any part of the country, as sea conditions on the whole eastern Philippine seaboard will be moderate.  The rest of the country’s seas, on the other hand, would be slight to moderate. [ac]