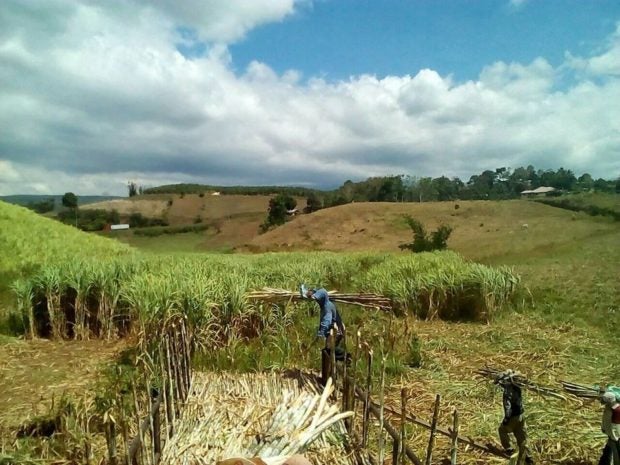 Workers harvest sugarcane in the fields of Bukidnon province where 16 percent of the country’s sugar requirement are produced. Photo by Jessie Amigleo

MANILA, Philippines — The House of Representatives adopted Monday a resolution expressing “strong opposition” to the planned liberalization or deregulation of the importation of sugar in the country.

In its first plenary session following a month-long break, lawmakers adopted House Resolution No. 1242, citing the threat that the sugar importation liberalization poses to sugar farmers and mill workers.

According to the resolution, the unregulated entry of subsidized imported sugar will be “disastrous” to the domestic sugar industry which contributes around P96 billion to the gross domestic product.

The move, the resolution stated, will also affect 84,000 sugar farmers and 720,000 industry workers in the country.

“The liberalization or deregulation of sugar importation undermines President Rodrigo Duterte’s vision of inclusive growth for the country as it will be detrimental to farmers, farm workers and their families, and the rural communities that produce sugar,” the resolution stated.

In September 2019, the Department of Finance issued an economic bulletin announcing the removal of quantitative restrictions on sugar imports in a move to improve the competitiveness of the industry.

However, the resolution noted that major sugar exporting countries such as Thailand and India can sell their excess sugar at below cost of production because they provide “massive subsidies and other forms of protection such as domestic and export support prices to their farmers and industries.”

“(W)hile Filipino sugar farmers, most of whom are small farmers and agrarian reform beneficiaries, get minimal support and cannot afford to sell their sugar below costs,” the resolution stated.

“Even the United States of America, which is the champion of globalization and liberalization, has a long-standing policy to strictly regulate sugar importation to shield its farmers from the price distortions in the world market for sugar,” it added.

The resolution likewise pointed out that the deregulation of sugar importation will not affect the competitiveness of food products for export which contain sugar because they can already import sugar without the value added tax or customs duties provided that the end-product is exported and not sold locally.

“Sugar farmers point out that notwithstanding the drop in mill site prices of sugar, retail prices remain high, and in some supermarkets well-above the suggested retail price, indicating that while traders and importers will benefit from liberalization or deregulation of sugar importation, consumers will not,” the resolution stated.

“Philippine sugar had long ago lost its market abroad and the larger part of sugar production in the country has been redirected towards the domestic market which is now being threatened by the planned liberalization,” it added.