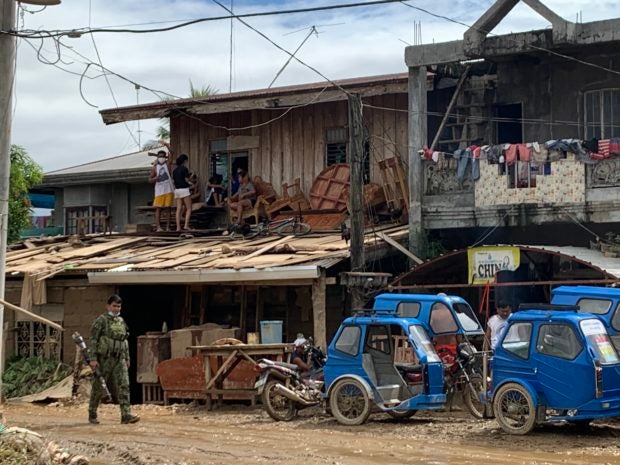 Villagers stay on the second floor of their flood-stricken houses at Barangay Alinguigan 2nd in the City of Ilagan, Isabela on Sunday, Nov.15. At least 90 villages in Isabela province are still without electricity due to damaged power lines. Photo by Villamor Visaya Jr.

CITY OF ILAGAN –– At least P6.2 million worth of damaged power lines were reported in Isabela, leaving 30 percent of households without electricity as severe floodings hit the province in the last four days.

In the entire province, power lines have yet to be restored in 67 villages.

“The restoration of the lines would usually take two or more weeks in our place,” she told the Inquirer.