Duterte to Cagayan Valley flood victims: Gov’t is working to rebuild your lives 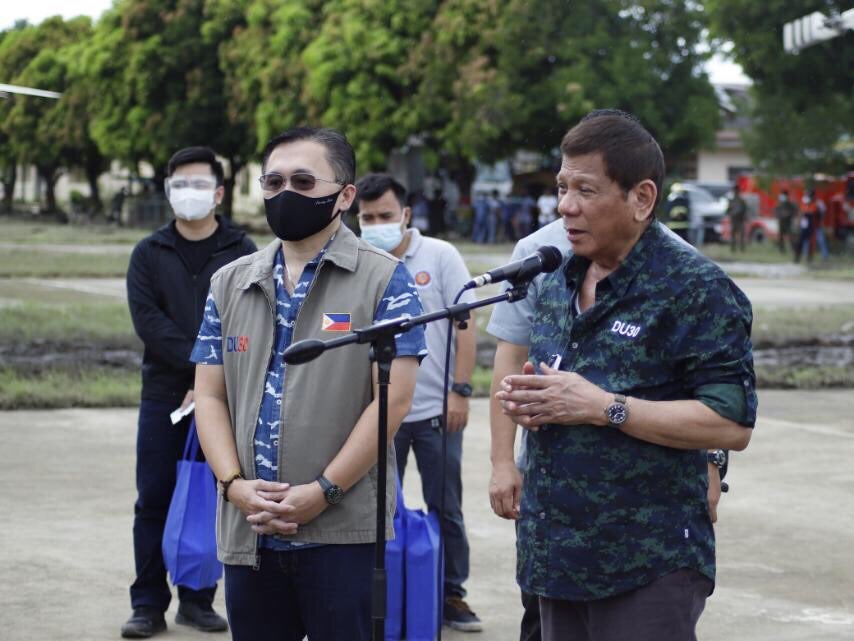 MANILA, Philippines — The Philippine government is working hard to “rebuild” the lives of Cagayan Valley residents who were affected by the massive flooding in the region due to Typhoon Ulysses, President Rodrigo Duterte assured on Sunday.

In a briefing, Duterte said the government will “respond with urgency” knowing the “anguish” that the residents are going through due to the destruction brought by the typhoon.

“To my countrymen here in Cagayan Valley, rest assured that we are working hard to rebuild your lives after this calamity,” he said.

He likewise assured residents that the government will continue its rescue operations  until “all families are saved, all casualties and missing persons have been accounted for, and all affected individuals and communities have received their needed relief and other assistance.”

The President also offered his condolences to the bereaved families of flood victims.

Typhoon Ulysses has so far claimed the lives of 67 people, 22 of which are from the Cagayan Valley.

Duterte said the government, particularly the Department of Social Welfare and Development, the various  local government units, and non-government organizations, have given over P1 million worth of assistance to Cagayan Valley.

“I also urge the LGUs to actively collaborate with the task force created to lead the rehabilitation efforts because your lives including your good health, safety, and improved welfare are the government’s highest priority,” he said.

He added that the government is likewise working to prevent a repeat of such disaster, through forest protection efforts against illegal logging and mining.

“I expect our LGUs to do their part in this endeavor,” he said.

Ulysses, the 21st cyclone to hit the country this year, triggered massive flooding in Metro Manila and other parts of Luzon.

It likewise caused flooding in the Cagayan Valley, particularly the provinces of Cagayan and Isabela.

The typhoon struck areas in Luzon which had barely recovered from the onslaught of Super Typhoon Rolly (Goni), which killed at least 25 people and destroyed thousands of houses.