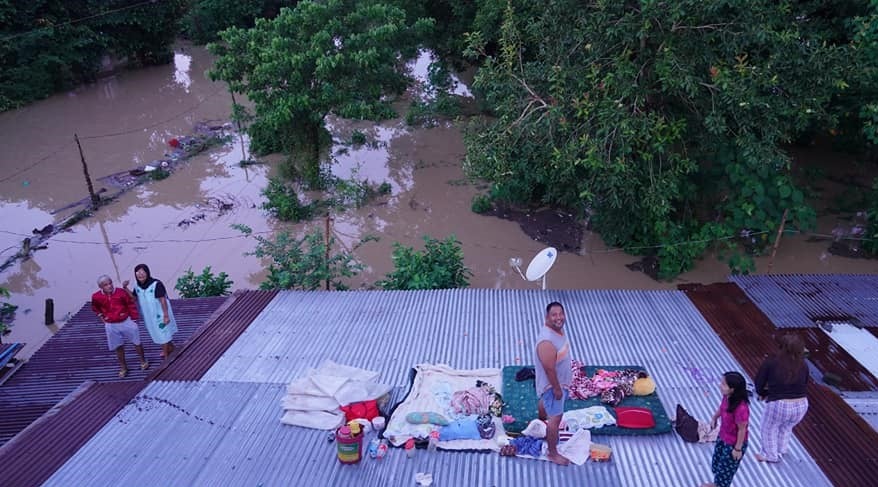 Residents at Barangay Iraga in Solana, Cagayan stay on their rooftops as floodwater continues to submerge villages in the province. (Photo courtesy of Francis Jorque/Cagayan provincial information officer)

MANILA, Philippines — President Rodrigo Duterte on Saturday ordered the creation of a task force that will fast-track rehabilitation efforts for those affected by Typhoon Ulysses.

(I ordered the immediate creation of a task force. I directed them to streamline for faster rehabilitation efforts affected by the typhoon.)

(I have given them a timeline to do steps without delay and cut the red tape in helping the people.)

(In short, I want the task force to give relief assistance swiftly to those affected.)

It was on Thursday when Ulysses battered parts of Luzon, including Metro Manila, causing massive floods in the capital region reminiscent of Tropical Storm Ondoy in 2009.

Meanwhile, parts of Cagayan Valley, particularly in Cagayan and Isabela, face a crisis as these areas are currently submerged in floods due to Ulysses, as well as the release of water from the Magat Dam as it has reached the spilling level.