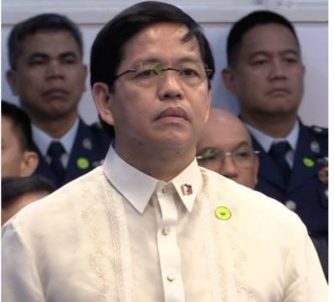 The DSWD said in a statement on Friday that Bautista led the officials in checking on the condition of evacuees in Barangay Silangan, Quezon City and Barangka Elementary School in Marikina City.

“DSWD has already augmented assistance worth P3.9 million to Regions I, II, and V to ensure the immediate provision of relief assistance to families who were affected by the flooding and heavy rains brought by Typhoon Ulysses,” DSWD said in a statement.

“The Department remains [on] red alert status as it continues its monitoring and provision of assistance to affected localities, “ it added.

During the visit, the DSWD also gave 1,400 family food packs (FFPs) to Barangay Silangan and 400 sleeping kits for people in Barangka.  Officials also checked whether minimum health standards to avoid the COVID-19 pandemic was being conducted.

“During his rounds, the Secretary  checked on the condition of evacuation centers ensuring that these are properly managed, have established child- and women-friendly spaces, and adhered to the minimum heath standards during the pandemic,” DSWD said.

“Meanwhile, being also the head of the Food and Non-Food Cluster, Secretary Bautista ensured the sufficiency of relief supplies as he led the distribution of initial assistance to affected residents in the region,” it added.

Bautista also met with the law enforcement sector, officers from the Armed Forces of the Philippines (AFP) and the Philippine National Police (PNP) to discuss the progress of rescue operations in Provident Village in Marikina.

The said village has been subjected to deep flooding again, similar to what happened when Typhoon Ondoy struck the country in 2009.

After Ulysses hit Central Luzon early Thursday morning, with its eyewall affecting Metro Manila, water levels at the Marikina river to over 21.5 meters — higher than what was observed during Ondoy’s time.

The floods were seen to be a result of Ulysses and the past storms’ rains, which made waters trickle down from the higher parts of Rizal like Antipolo, Tanay, and Baras.

The DSWD believes that Ulysses has affected the lives of more than 96,000 families or over 350,000 individuals in 1,757 affected barangays of the National Capital Region, Ilocos Region, Cagayan Valley, Central Luzon, Calabarzon, Mimaropa, Bicol Region, and the Cordillera Administrative Region,