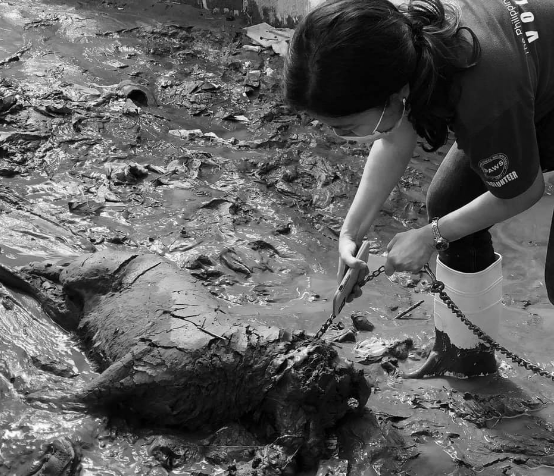 MANILA, Philippines — The Philippine Animal Welfare Society (PAWS) on Friday appealed to pet owners to give their family animals a “fighting chance” either by unchaining them or unlocking their cages at the onset of calamities.

This plea comes after the animal welfare group discovered several drowned and mud-covered dogs still shackled by the neck or caged in Provident Village, Marikina City. Typhoon Ulysses brought massive floods in the city as it barreled through Metro Manila with violent winds and torrential rains this week.

Residents hurried to evacuation centers and were forced to leave their pets behind. Marikina City is currently under state of calamity due to Ulysses.

“Unchain your dogs and unlock their cages if you cannot evacuate with them during times of emergencies or disaster,” it added.

GIVE ANIMALS A FIGHTING CHANCE DURING DISASTERS. Unchain your dogs and unlock their cages if you cannot evacuate with…

It said donations could be sent to PAWS Animal Rehabilitation Center, Aurora Boulevard,  Katipunan Valley in Loyola Heights, Quezon City. It also said their office is open from Monday to Tuesday and Thursday to Saturday from 10 a.m. to 5 p.m.