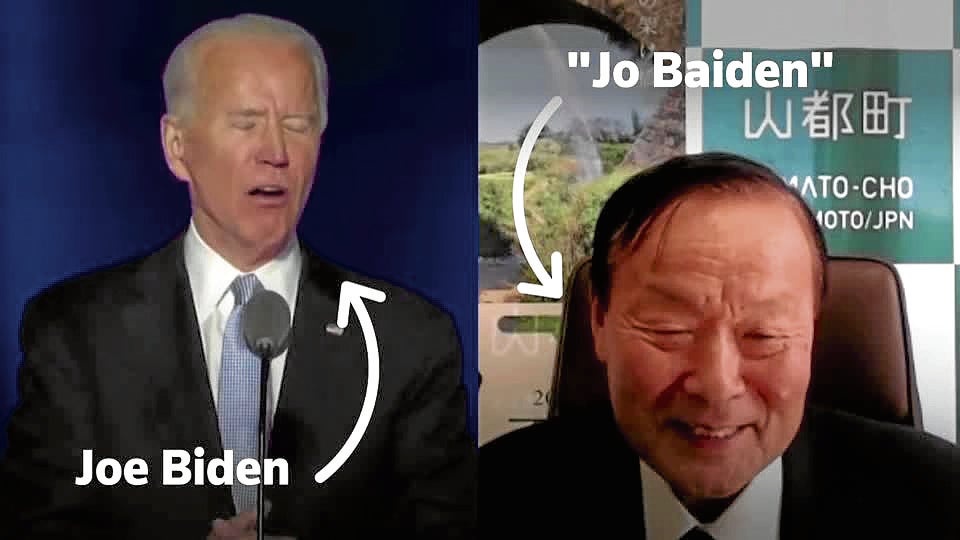 ‘PRESIDENTIAL’ MAYOR Yutaka Umeda (right) has kanji characters in his name that can also be pronounced “Jo Baiden.” —REUTERS

TOKYO—Meet Japan’s Joe Biden, the mayor of a remote town who has become an internet sensation for having a name that can be pronounced the same as that of the US president-elect.

Yutaka Umeda, the 73-year-old mayor of Yamato town (population: 15,000) in southwestern Japan, was watching the television coverage of the US vote count with his family when he first realized that the Chinese characters used to write his name could, if said differently, sound like “Joe Biden.”

Japan uses kanji characters from China along with phonetic Japanese script, especially for names, and the characters can sometimes be read in different ways. In Umeda’s case, his first name, Yutaka, can also be pronounced “Jo,” while his surname becomes “Baiden.”

Over the last few days, Umeda has become a media and internet sensation.

“I’m really surprised,” Umeda told Reuters. “I was told I was in the news in Japan, but I was in Tokyo yesterday, and I heard from people that I made news in the US, too.”

People have suggested that Umeda fly to Washington to meet Biden or invite him to Yamato. But for now, the mayor said he would content himself with a congratulatory letter.

“To me, the president of the US was someone far away,” said Umeda. “But coincidentally, because our names are phonetically the same, I feel much closer to him when I watch his speeches and videos.”