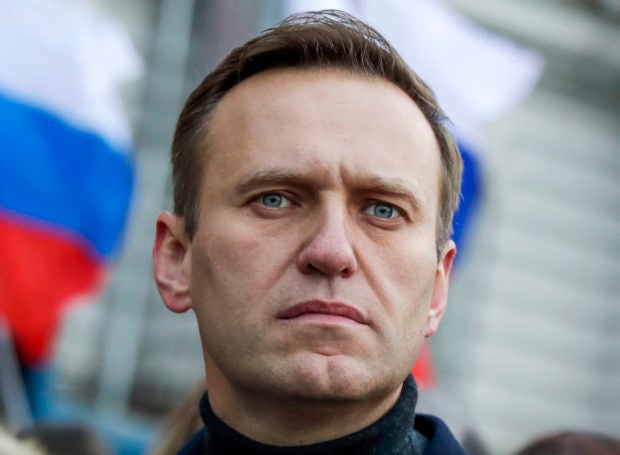 The 44-year-old anti-graft campaigner collapsed on a flight in Russia in August and was transported to Germany where experts concluded he was poisoned with the Soviet-designed nerve agent Novichok.

The European Union slapped sanctions on several Russian officials in October saying the attack could not have been carried out without the complicity of Moscow’s security services.

Russian Foreign Minister Sergei Lavrov said Thursday the Kremlin had confirmed sanctions in response and that they would soon be announced to Germany and France.

“Since Germany was the driving force behind the European Union’s sanctions connected to Navalny, since these sanctions directly concern senior staff of the presidential administration of the Russian Federation, our response sanctions will mirror them,” Lavrov said.

Navalny has said he believes Russian President Vladimir Putin approved the poisoning, while the Kremlin has strenuously denied involvement and accused Germany of refusing to cooperate in an investigation.

Lavrov on Thursday added without providing evidence that Moscow had “reason to believe” the nerve agent could have entered Navalny’s system during the flight to Berlin’s Charite hospital or while he was in Germany.

Navalny’s spokeswoman Kira Yarmysh called the suggestion that Navalny was poisoned in Germany “the most idiotic of them all.”

Doctors who treated Navalny before he was flown to Berlin said last week the opposition figure had not been poisoned but instead was suffering from metabolic issues and pancreatitis.

Navalny remains in Germany for treatment but has vowed to return to Russia after making a full recovery.

Read Next
Duterte message after Ulysses: No one will be left behind
EDITORS' PICK
New Year, New Rediscoveries
Acer Philippines welcomes you to its first flagship store
Is your company a growth champion? Stand up and be recognized!
4 senators want military, cops off UP campuses
PUP accord with DND also faces termination
Joe Biden sworn in as 46th U.S. president, urges end to ‘uncivil war’
MOST READ
Trump’s parting gifts to Biden: Roaring stocks, a weaker dollar, tons of debt
Biden says Trump wrote him ‘very generous letter’
A shade at Roque? Vice asserts being a comedian, not a clown
Dacera case: Sinas orders relief of Makati’s top cop, medicolegal officer
Don't miss out on the latest news and information.