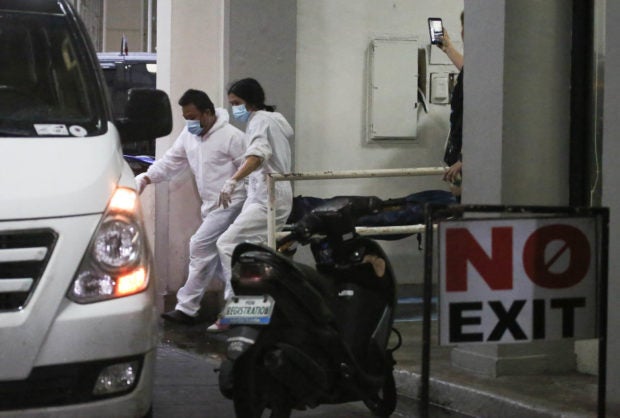 MANILA, Philippines — A presiding judge of the Manila Regional Trial Court (RTC) was shot and killed by the clerk of court, who later committed suicide, inside her chamber at Manila City Hall on Wednesday, police said.

A police report said the clerk of court, lawyer Amador Rebato Jr., 42, killed himself and his body was found in the office.

Citing witnesses’ accounts, the police report said Rebato drew his firearm, a 9mm pistol, and shot Abadilla in the head at 2:45 p.m. inside the judge’s chamber at Room 535 on the fifth floor of Manila City Hall.

Abadilla was having a “conversation” with Rebato regarding his “unfavorable” work performance before the shooting, Lt. Col. Arsenio Riparip, chief of the City Security Force, said in a report to Mayor Francisco “Isko Moreno” Domagoso.

A clerk of court is employed to record all decisions in court proceedings, schedule hearings and trials, and assist officers of the court.

According to the police report, the court’s legal researcher, Juanito Reyes, said Rebato had been performing poorly since he was diagnosed with COVID-19 and was planning to resign.

Rebato was “uneasy” and “shuddering” while being quizzed by the judge about his work, the report said. Subsequently, he shot Abadilla in the head “without hesitation,” it added.

Video footage shows Abadilla being rushed out of Manila City Hall in an office chair before being transferred to an emergency vehicle by MPD Special Mayor’s Reaction Team.

Maj. Rosalino Ibay Jr., head of the team, said Abadilla was declared dead on arrival at the hospital 30 minutes after the shooting. Rebato shot himself with his own firearm, Ibay later said in a phone interview.

—With a report from Consuelo Marquez, INQUIRER.net