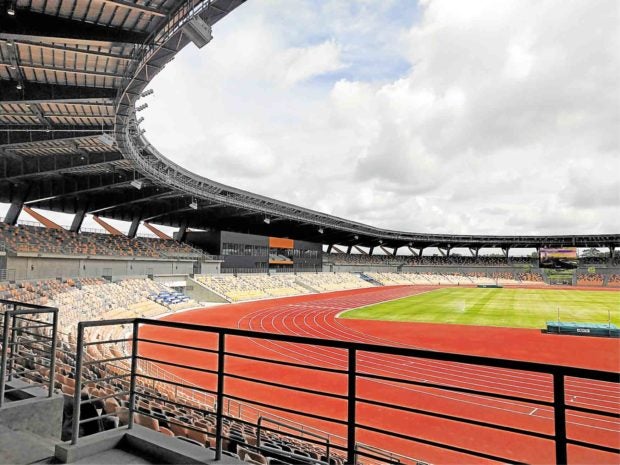 MANILA, Philippines — The Bases Conversion and Development Authority (BCDA) has assured the public anew that the construction of sports facilities in the New Clark City in Tarlac was “completely above-board and legal.”

This comes as Senator Risa Hontiveros on Tuesday called for a “full-scale” investigation on a possible “remarkable degree of collusion” in the P9.5-billion construction of the New Clark City sports facilities that were used in the 2019 Southeast Asian (SEA) Games.

“The construction of internationally-certified sports facilities in New Clark City was done in a completely above board and legal manner. The project was based on the advice of the Asian Development Bank (ADB) and the favorable opinion issued by the Office of the Government Corporate Counsel (OGCC) in October 2018,” BCDA said in a statement later Tuesday.

“The ADB advised that a joint venture agreement for the said construction is the most advantageous arrangement for the government. This recommendation was also approved and confirmed by the OGCC,” it added.

BCDA further claimed that no advantage was given to MTD Capital Berhad — contrary to what Hontiveros was claiming in her earlier privilege speech that the joint venture agreement (JVA) entered into by BCDA with the Malaysian developer for the construction of sports facilities at New Clark City could be a “fake joint venture.”

“There was no undue advantage accorded to MTD Capital Berhad as its unsolicited proposal underwent a rigorous negotiation process and a Competitive Challenge. The joint venture agreement between BCDA and MTD passed the scrutiny of applicable Philippine laws, rules, and regulations,” BCDA said.

“The New Clark City sports facilities were built in record time and were the country’s first modern sports facilities constructed since the 1930s. Its world-class quality brought great pride and honor not only to our national athletes but to the entire Filipino community who witnessed the historic hosting of the 30th South East Asian Games,” it also said.

After Hontiveros’ privilege speech, a notably piqued Senator Pia Cayetano released a scathing criticism on her colleague’s call for an investigation. She said such a probe would be “embarrassing” because firms would no longer offer to build high-quality facilities as it is always being labeled anomalous.

Cayetano is the sister of former Speaker Alan Peter Cayetano, who served as chairman of the Philippine Southeast Asian Games Organizing Committee that led the preparations for the 2019 SEA Games.

BCDA in its statement thanked Cayetano and Senate President Vicente Sotto III for recognizing the importance of the sporting venue.