MANILA, Philippines — Senator Risa Hontiveros has tagged a possible “remarkable degree of collusion” in the P9.5-billion construction of the 2019 Southeast Asian (SEA) Games facilities in Tarlac.

In a privilege speech during Tuesday’s plenary session, Hontiveros called for a “full-scale” investigation into the joint venture agreement (JVA) entered into by the Bases Conversion and Development Authority (BCDA) with Malaysian developer MTD Capital Berhad for the construction of sports facilities at New Clark City.

“Upon closer inspection, there may be a remarkable degree of collusion in the funding and construction of this project at New Clark City,” she said.

She noted that under the JVA signed in February 2018, MTD was to “advance” the entire project cost of P8.5 billion while BCDA was to provide the land on which the facilities would be built.

But she said MTD “actually advanced nothing.”

She said MTD financed the project through a P9.5-billion loan from the Development Bank of the Philippines (DBP), which she pointed out was approved in March 2018, one month after the JVA was signed in February. 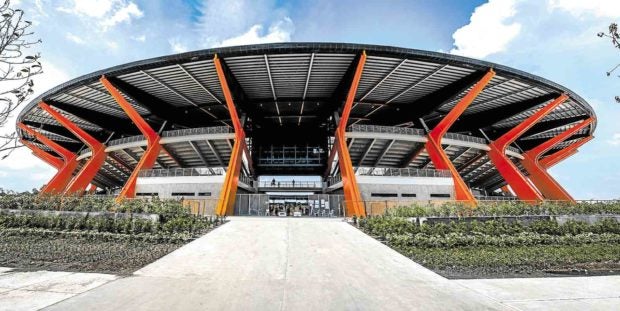 Hontiveros noted that since the BCDA was obliged to reimburse MTD for the capital it supposedly ”advanced,” the BCDA paid the full amount of the loan using a P9.544 billion appropriation in the 2019 national budget.

(The BCDA used public funds to pay the Malaysian Developer. If we look at the 2019 budget, the DBM gave the BCDA P9.54 billion to pay the MTD Berhad’s loan.)

“Then, what is this supposed joint venture for when BCDA paid the amount to MTD using public funds appropriated in the 2019 national budget?” she added.

(This is brimming with signs of a fake joint venture.)

BCDA President and CEO Vince Dizon previously said the agency’s JVA with the Malaysian firm is “legal, transparent and not disadvantageous to the government.”

Hontiveros further questioned the need for the government to participate in a joint venture.

“Para umiwas sa public bidding at lutuin ang pagpopondo sa project?” she said, adding the Senate should investigate whether the JVA was a “behest loan” or a loan granted to firms favored by top government officials.

(It was in February 2018 when the joint venture was signed and the P9.5 billion loan of the private partner was approved in March 2018. That seems too fast.)

“And without the involvement of the BCDA, would this loan have been granted at such record speed?” she added.

Hontiveros even noted that the JVA between BCDA and the Malaysian firm has been flagged by state auditors.

The Commission on Audit (COA) earlier said BCDA gave private contractor MTD Capital Berhad “undue advantage” in the contract for the construction of the sports facilities.

“During this privilege speech I have asked many questions, but it is the public that deserves the answers,” she added.