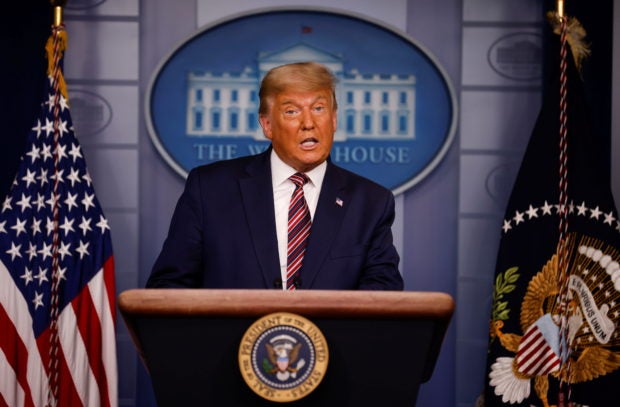 As United States President Donald Trump rallies to protest against election results, his apparent loss is being mocked throughout the internet.

The website www.loser.com redirects netizens to Trump’s Wikipedia page, as of today, Nov. 10. The domain name is owned by one Brian Connelly.

The domain name, which was registered in the 1990s, has been used several times to redirect internet users to pages of politicians and other celebrities to mock them.

Five years ago, the said domain redirected to hip-hop star and 2020 U.S. presidential candidate Kanye West’s Wikipedia page, as per The Washington Post on March 3, 2015.

Even before this year’s elections, Connelly in 2016 had previously set Loser.com to redirect to Trump’s Wikipedia page as he called the politician “the definition of a loser.” Now, the said domain pokes fun at Trump once again.

Following Democrat Joe Biden’s win, netizens have also flooded Twitter to mock Trump with the phrase “You’re fired” — the same phrase he was known for when he hosted the reality show “The Apprentice.”

Throughout his presidency, Trump has been known to use his Twitter page for releasing statements, most of them criticized by U.S. media for being divisive and for spreading misinformation. Last May, the microblogging platform flagged his tweets about the Minneapolis protests for “promoting violence.”

Fittingly, the domain name www.yourefired.com also currently leads to Trump’s Twitter page. As of writing, no one has claimed ownership of the domain name. JB

International stars hail Biden win: ‘And so we rise’