Woman dies while trying to save pet dog inside burning home 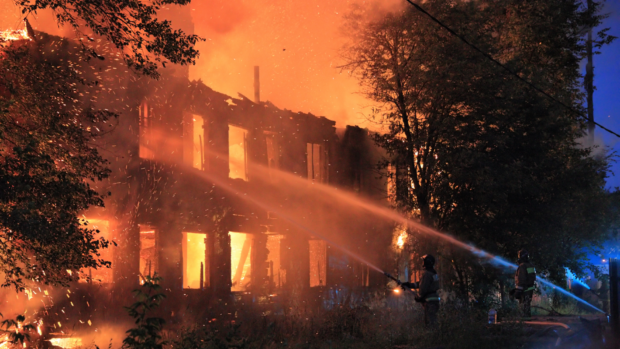 A 53-year-old woman died after running back into her burning home to save her pet dog in New Jersey, United States.

De La Cruz initially managed to escape the burning building, police director Jerry Speziale told People yesterday. However, witnesses said she quickly went back inside to try and save her pet.

Unfortunately, she was unable to exit the building a second time. Firefighters recovered her dead body hours after they successfully put out the flames.

Following the incident, two firefighters sustained non-life-threatening burns and brought to a hospital. One had suffered burns on his hand while the flames burned a side of the other’s face.

The large fire originally only affected two wood-structure homes, according to the report. However, the flames were so intense that it quickly spread to three other residential buildings.

The Red Cross stated that the flames had displaced approximately 40 people. Officers are still investigating the incident and have yet to discover what caused the massive blaze. Ryan Arcadio/JB