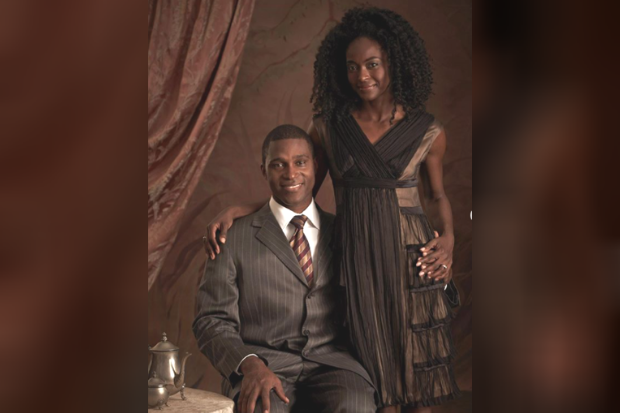 A prince from Nigeria revealed that he pulled out all the stops for his first date with the woman who would eventually become his wife, Insider reported on Saturday, Nov. 7.

Prince Adekunle “Kunle” Adebayo Omilana met his wife Princess Keisha by chance 16 years ago. He is the crown prince of the Arigbabuowo ruling house.

He was in New York for a meeting, but ended up leaving it when he spotted Keisha, who was outside the W Hotel for a model casting.

After getting her number, they had their first date weeks later. Prince Kunle got a now-defunct Brazilian restaurant to shut down just for the date.

“[The restaurant] told me it was going to cost a lot of money, but I said I don’t care,” Kunle recalled. “I said: ‘Just get me nice rose petals on the floor, get everything set in a romantic way. It’s going to be like a date, but I want it to feel like a proposal.’”

Keisha was so shocked by the gesture that she knocked things off the table, according to Kunle.

She had no clue about his royal bloodline and only learned about it two years later when they met his mother, who called her “my princess.”

She thought it was a sweet nickname — until his mom explained who her son was and where they were from.

For Kunle, Princess Keisha is his “dream girl,” saying that he was “blown away” by her kindness.

The two said “I do” in New York in 2006. They wanted to marry in Nigeria, but the country was rocked by political turmoil.

Fourteen years later, they want to renew their vows, this time in Africa. But the wedding will still have to be away from Nigeria as violence against protestors continues.