For Cuba, any US president will be better than Trump | Inquirer News
Close
menu
search

For Cuba, any US president will be better than Trump 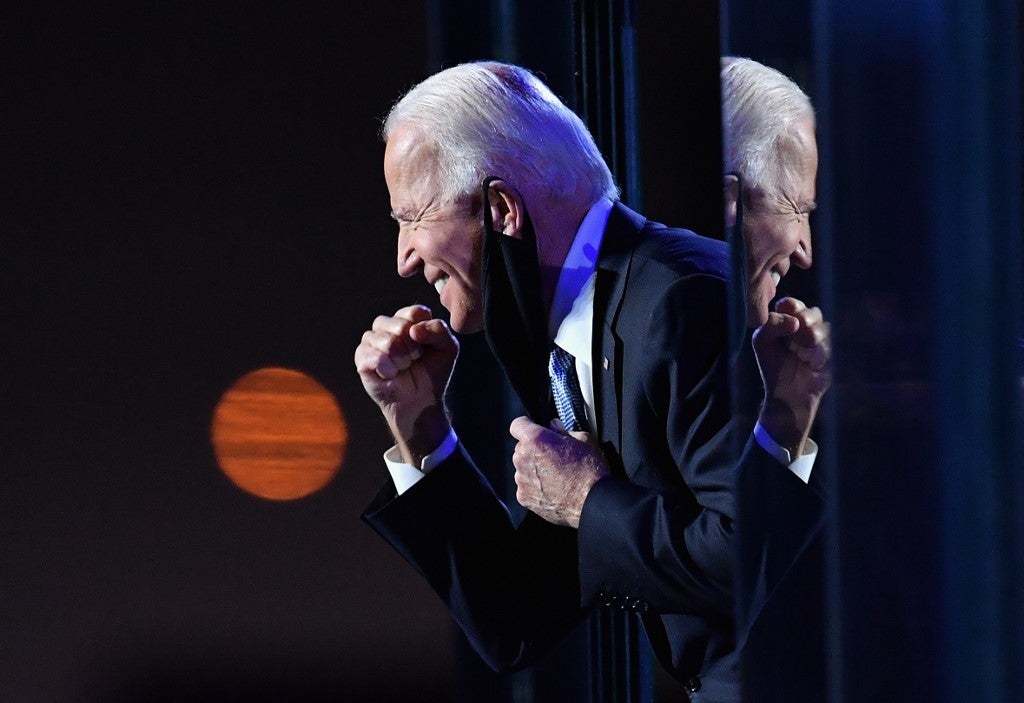 US President-elect Joe Biden gestures to the crowd after he delivered remarks in Wilmington, Delaware, on November 7, 2020. – Democrat Joe Biden was declared winner of the US presidency November 7, defeating Donald Trump and ending an era that convulsed American politics, shocked the world and left the United States more divided than at any time in decades. (Photo by Angela Weiss / AFP)

HAVANA, Cuba — Most Cubans don’t know Joe Biden, or what policies he will pursue toward the Communist island, but they are crystal clear on one thing: any US president will be better than Donald Trump.

In the presidential election, Trump owed his big win in the US state of Florida in large part to his strident denunciation of leftist governments in Latin America, which resonated loudly and clearly with conservative Cuban-Americans in Miami who loathe the communist government in Havana.

But for people living in Cuba, which has been under Communist leadership for six decades, Trump’s accusations of Biden’s leftist leanings make them smile disbelievingly.

“I’m not the type to trust an American president, but given the situation, I prefer the other one over Trump,” Pablo Zalvidar, a 57-year-old parking attendant, told AFP.

After a historic rapprochement at the end of 2014 and the policy of openness led by Barack Obama, Trump’s arrival in the White House was like a cold shower for Cuba.

His reelection would have been “a disaster or an apocalyptic threat” for Cuba, said political expert Jorge Gomez Barata.

In four years, Trump’s administration enacted 130 measures to reinforce the US embargo on Cuba, many of which affected the population and the fledgling private sector: restricting on sending money to family in Cuba, suspending US cruises and most direct flights from the US, closing the US consulate in Havana…

‘Can’t stand the sight’ of Trump

“Trump, I can’t stand the sight of him!” said Aidelvis Blanco, an employee at The Mandarin restaurant, adding that hopefully a Biden victory will “make us feel better.”

For Oniel Diaz, head of the Auge consulting firm, it’s “really good news for the entrepreneur community in Cuba. The private sector was one of the hardest hit by the Trump administration’s Cuban policy.”

But Cubans haven’t forgotten: since the 1959 revolution led by Fidel Castro, the island has gone through 12 US presidents — and Democrats have historically enacted the toughest policies.

The Helms-Burton law that reinforced the embargo came under Bill Clinton (1993-2001).

Biden, though, has a point in his favor: even if he remains unknown on the island, as Obama’s vice president, he encouraged collaboration between the two countries in a number of sectors and contributed to family reunification between Cuba and the Cuban diaspora.

His election “marks a return to the balance in foreign policy that was the principle of Obama’s policy, in which the commitment to support democracy is compatible with political dialogue, the end of isolation and fluidity of relations between the two countries,” said Manuel Cuesta Morua, a prominent member of the Cuban opposition.

Biden is ‘an opportunity’

On Sunday, Cuban president Miguel Diaz-Canel struck a tactful tone when he congratulated Biden on his victory, hailing “the new direction” taken by the American people and saying he believes in “the possibility of having a constructive bilateral relation while respecting our differences.”

In an interview with online opposition news outlet Cibercuba, Biden promised that, once elected, he would eliminate Trump’s restrictions on remittances and travel, which he said have harmed Cubans and separated families.

But he warned he will demand the release of all political prisoners — estimated at 100 by NGOs — and defend human rights in Cuba.

According to Jorge Duany, the head of the Cuban Research Institute at Florida International University, Biden won’t insist on lifting the embargo. Instead, Duany predicted, his objective will be to free the Cuban people and promote democracy on the island.

Duany added, however, that it is not yet clear what commitments or concessions Biden will demand from the government in order to improve relations between Cuba and the US.

But Biden is “an opportunity that must be seized,” said Gomez Barata, the political specialist, referring to the need for economic reforms.

Consultant Diaz agrees: “Biden’s arrival in the White House, combined with recent economic measures from the Cuban government to give more space to the private sector, could potentially create a very beneficial situation,” he said.