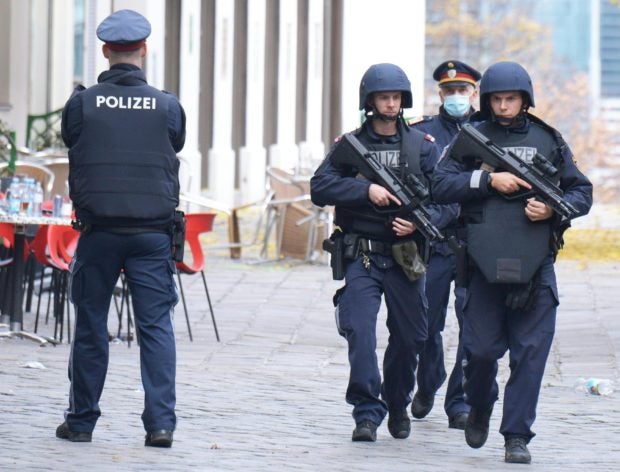 Policemen patrol on November 3, 2020, close to a crime scene in Vienna after a shooting. (Photo by HERBERT PFARRHOFER / APA / AFP) / Austria OUT

Vienna, Austria — The Austrian government will order the closure of “radical” mosques in the wake of a deadly jihadist shooting in the capital Vienna earlier this week, the interior ministry said Friday.

A ministry spokesman said more details would soon be given at a press conference with Interior Minister Karl Nehammer and Integration Minister Susanne Raab.

Four people were killed in the shooting on Monday, Austria’s first major attack in decades and its first blamed on a jihadist, identified as 20-year-old Kujtim Fejzulai, who was killed by police.

A statement from the officially recognized Islamic Religious Community of Austria said that in “discussion with the relevant authorities, we are closing one mosque.”

The statement said the mosque was being shut after information came to light that it had broken rules over “religious doctrine and its constitution,” as well as national legislation governing Islamic institutions.

Also on Friday, the Vienna prosecutor’s department told AFP that six of the 16 people detained since the attack have been released, with the rest remaining in custody as the probe into the attacker’s circle continues.

The suspected gunman, dual Austrian-Macedonian national Fejzulai, had previously been convicted for trying to join the Islamic State group in Syria.