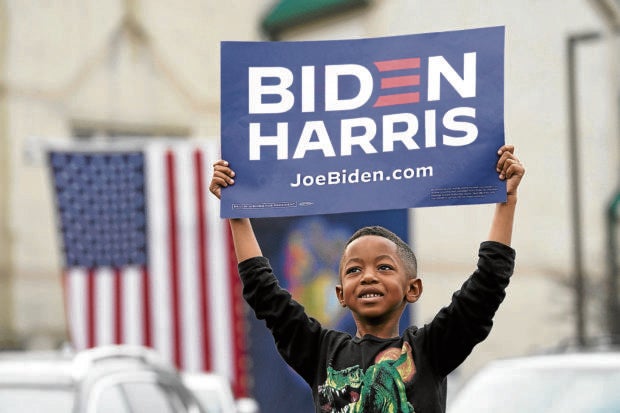 “The president’s statement tonight about trying to shut down the counting of duly cast ballots was outrageous, unprecedented, and incorrect,” Biden campaign manager Jen O’Malley Dillon said in a statement as the election remained undecided.

“Never before in our history has a president of the United States sought to strip Americans of their voice in a national election.”

The comments came shortly after Trump delivered an extraordinary speech from the White House, in which he claimed that “we did win this election” despite neither candidate reaching the electoral vote threshold for victory.

“We want all voting to stop,” Trump said, appearing to mean halting the counting of mail-in ballots, which can be legally accepted by state election boards after Tuesday’s election — provided they were postmarked in time.

Several battleground states were still up in the air early Wednesday when Trump spoke, including Georgia, Michigan, Pennsylvania, and Wisconsin.

Biden has long warned that Trump was seeking to diminish the integrity of mail-in voting, which has surged this year given the health concerns about going in-person to polling places during the coronavirus pandemic.

“Having encouraged Republican efforts in multiple states to prevent the legal counting of these ballots before Election Day, now Donald Trump is saying these ballots can’t be counted after Election Day either,” Dillon said.

Trump branded slow ballot tabulations in battleground states a “fraud” and said he would go to the Supreme Court to dispute the counting of votes.

But Biden’s campaign insisted “the counting will not stop.”

“We have legal teams standing by ready to deploy to resist… and they will prevail,” Dillon said.

The presidential election hung in the balance, with Biden so far winning 238 votes in the Electoral College and Trump securing 213 based on the states they have won so far, according to projections by US media.