At an online press briefing after the Senate hearing that lasted almost six hours, he said it was a missed opportunity for the group of militant legislators, known to be harsh critics of the Duterte administration, to clear itself. 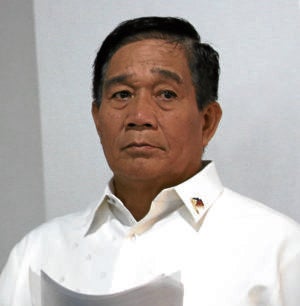 “Because they were absent earlier, the more I suspect that in a short while, you will admit who you really are,” Esperon said in Filipino, referring to the Makabayan bloc.

The Makabayan bloc of lawmakers—House members representing the party-list groups Bayan Muna, Gabriela, ACT Teachers and Kabataan—sent a lawyer, Maneeka Asistol Sarza, to the hearing of the Senate committee on defense.

Sarza told the committee the lawmakers were on relief missions in connection with Typhoon Rolly.

Neri Colmenares, Bayan Muna chair and former House member, was invited to the hearing but requested for a separate session without the presence of military and defense officials.

Esperon said he found it unfortunate that the Makabayan bloc was absent at the Senate hearing.

“We feel disappointed that you did not attend because this is the democratic space given to us to dialogue so we can exchange opinions to see who is really right,” said Esperon, armed forces chief under the administration of former President Gloria Macapagal Arroyo.

“You always tell us we’re fake news but you’re a no-show instead,” he said. “Next time, let’s see each other so our people would be enlightened,” he added, still talking in Filipino.

The officials, with some supposed former cadres of the New People’s Army, described in detail the alleged recruitment process of the armed movement and its connection with groups like the Makabayan bloc.