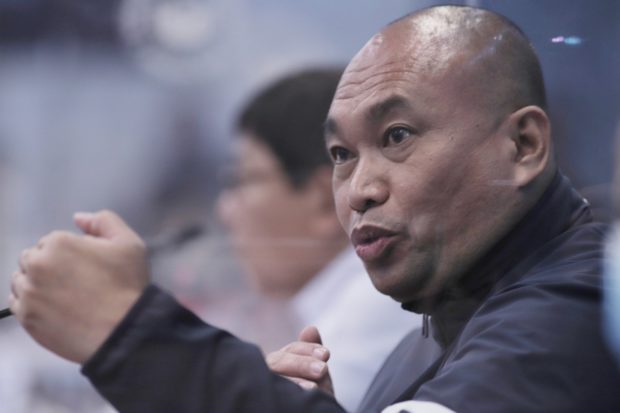 Jeffrey Celiz, who claims to be a former member of the national operational command of the New People’s Army (NPA) physically appears before the Senate Committee on National Defense and Security, Peace, Unification and Reconciliation hybrid inquiry on red-tagging/red-baiting of certain celebrities, personalities, institutions and organizations Tuesday, November 3, 2020. (Joseph Vidal/Senate PRIB)

MANILA, Philippines — The sister of actress and philanthropist Angel Locsin was again accused of being a member of the New People’s Army, this time by an alleged former rebel.

“Gen Parlade is not lying. Ella Colmenares, the sister of Angel Locsin. was an NPA in Quezon, na-meet ko siya,” Jeffrey Celis, aka Ka Eric said during the Senate hearing on the alleged red-tagging activities of military officials.

Colmenares had earlier already denied Parlade’s claims that she is a member of the NPA, insisting that she is supportive of women’s rights and not the armed struggle. [ac]