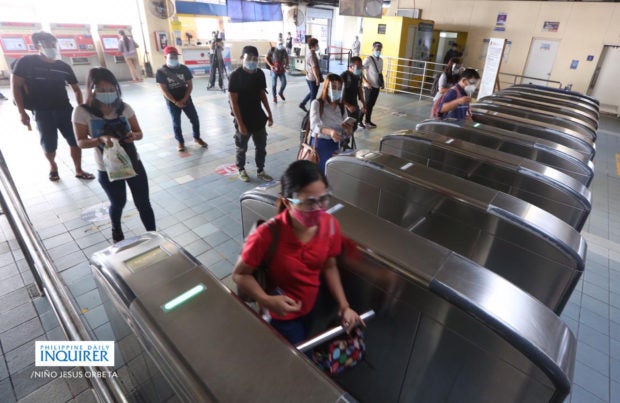 MANILA, Philippines — Passengers of the Metro Rail Transit 3 (MRT-3) will only have to wait four to five minutes to get a ride, with 20 trains running at 50 kilometers per hour, the Department of Transportation (DOTr) said Tuesday.

The DOTr said this is the result of an increase in speed of MRT-3 trains, which started running at 50 kph on Monday, faster than the 40 kph in October.

(This means passengers will have a shorter waiting time for the arrival of trains, from four to five minutes, from the previous eight to 9.5 minutes.)

Moreover, travel time from North Avenue to Taft Avenue will also be faster. From one hour to 15 minutes, it will be one hour and five minutes, according to DOTr.

DOTr said the increase in speed of the trains was the result of the recently concluded construction of rails in all stations of the MRT-3, which is part of the rehabilitation being conducted by the agency in partnership with the rail line’s maintenance provider Sumitomo-Mitsubishi Heavy Industries.

The MRT-3 management also plans to increase the speed of the trains to 60 kph in December.

(The rehabilitation being done at MRT-3 will be completed by July 2021. Because of this, there will be more operational train sets, trains will run faster, and the passengers’ waiting time will be reduced.)