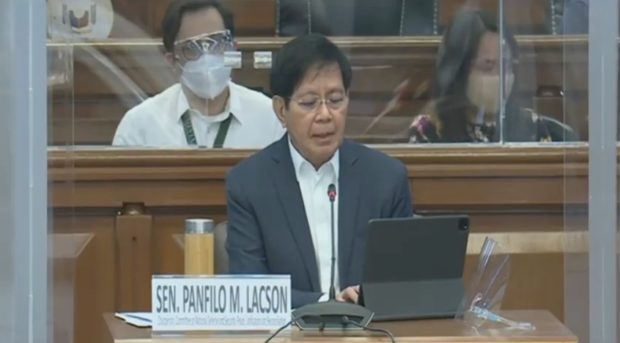 MANILA, Philippines — The Senate defense committee on Tuesday opened its inquiry into the alleged red-tagging of celebrities and groups by military officials.

“When no distinction has been made between an activist and a terrorist; an idealist and an extremist; a reformist and a subversive, we risk putting everyone under a cloud of suspicion; and our society in a constant state of insecurity,” Senator Panfilo Lacson, chair of the defense panel, said at the beginning of the hearing.

“To say the least, the alleged red-tagging is a crisis in itself. Rightly or wrongly, it stirs public outcry and imperils our conscientious effort to uphold and protect human rights in the country while strengthening our law enforcement measures,” he added.

The investigation was prompted by a resolution filed by committee chair Senator Panfilo Lacson seeking a probe into alleged red-tagging activities of military officials.

Armed Forces of the Philippines (AFP) Southern Luzon Command chief Lt. Gen. Antonio Parlade Jr. received criticisms over his statement warning actress Liza Soberano from engaging in women’s group Gabriela, which according to him, is a terrorist front.

The military official also earlier disclosed that Bayan Muna chairperson and former lawmaker Neri Colmenares and members of the Makabayan bloc are under surveillance for their alleged link to communist groups.

Meanwhile, the Makabayan bloc sent a representative to attend the hearing virtually.