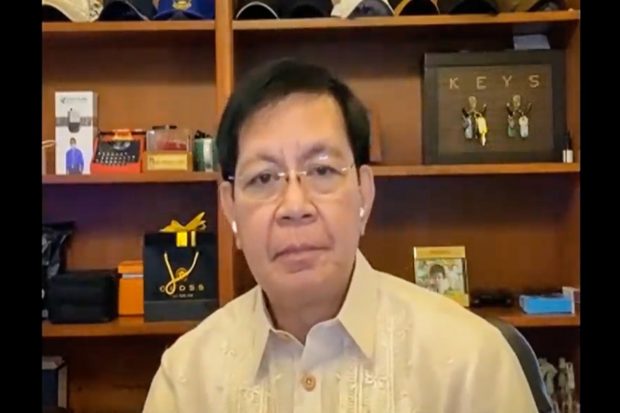 “I filed a resolution to look into all these issues involving the military and also those at the receiving end nung mga red-tagging na sinasabi,” Lacson, chair of the Senate committee on national defense, told reporters in an online interview.

Under Senate Resolution No. 599, Lacson seeks to exercise his panel’s oversight authority over the defense sector to look into the red-tagging of celebrities, personalities, institutions and organizations by authorities.

Once the resolution is referred to his committee, Lacson said he would immediately schedule a public hearing to summon Armed Forces of the Philippines (AFP) Southern Luzon Command chief Lt. Gen. Antonio Parlade Jr. and the leadership of the military.

Women’s group Gabriela and other militant groups will also be invited, Lacson added.

Parlade is currently in hot water due to his message to actress Liza Soberano, whom he warned against being involved with Gabriela Women’s Party-list, which according to him, is a terrorist front. But the military official’s message was viewed by many as a veiled threat.

He also accused another actress, Angel Locsin, of not being honest with the alleged membership of her sister, Ella Colmenares, with the NPA. Colmenares denied this in a separate statement.

Lacson’s resolution noted that Parlade’s controversial statement “resulted in public outcry” because his message seemingly “red-tagged” Soberano as well as Locsin and Miss Universe 2018 Catriona Gray “who are also vocal about airing their advocacies and supporting several human rights groups.”

The senator advised Parlade to “exercise prudence and self-discipline in making public pronouncements that may be misconstrued as the policy of the State.”

Lacson said he would not invite the celebrities who had been “red-tagged” saying their presence could “disrupt” the discussion’s focus.

Nevertheless, he added that “anybody” can wish to attend the hearing even without an invitation.