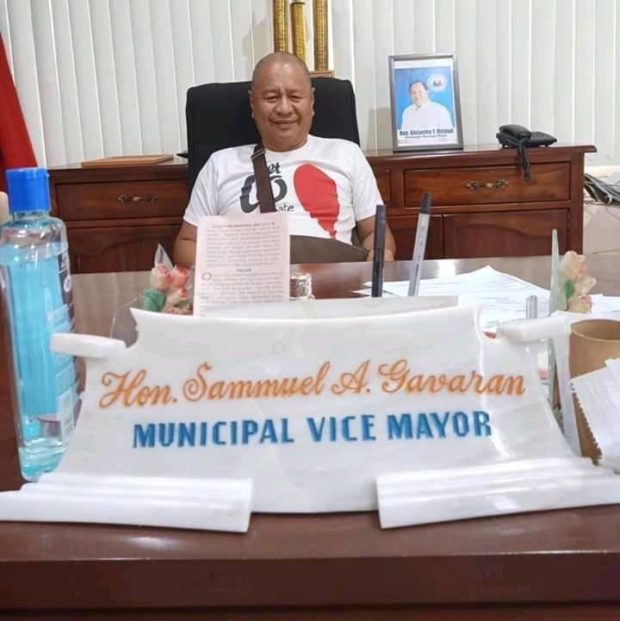 Gavaran had been ill since 2019 due to kidney complications, said Binalbagan Mayor Alejandro Mirasol.

The mayor said the Philippine flag in Binalbagan is flying at half-staff in honor of Gavaran.

Gavaran’s remains lie in state at his residence in Binalbagan.

He will be succeeded as vice mayor by the town’s number one councilor, Ursecio Inodeo, a teacher at the Binalbagan Catholic College.

Read Next
Bulacan, spared by Typhoon Rolly, sending aid to areas hardest hit by storm
EDITORS' PICK
Nestlé Philippines’ ‘NESCAFÉ Plan’ bags Grand Anvil at PRSP 56th Anvil Awards
Pope Francis to meet top cleric Sistani on second day in Iraq
Smart reinforces superiority with best speed and mobile video experience in PH
Don’t waste the hope of vaccines, warns WHO
Every Filipino home can now be a smart home with realme TechLife
822 NPA-free barangays set to get P20-M gov’t aid — Esperon
MOST READ
So: I lacked connections to succeed in PH ‘culture’
Robredo on Sara Duterte leading poll surveys: Why are Filipinos drawn to leadership of this kind?
US weapons, hardware in exchange for VFA
Jesuit lawyer, constitutionalist Fr. Joaquin Bernas dies at 88
Don't miss out on the latest news and information.