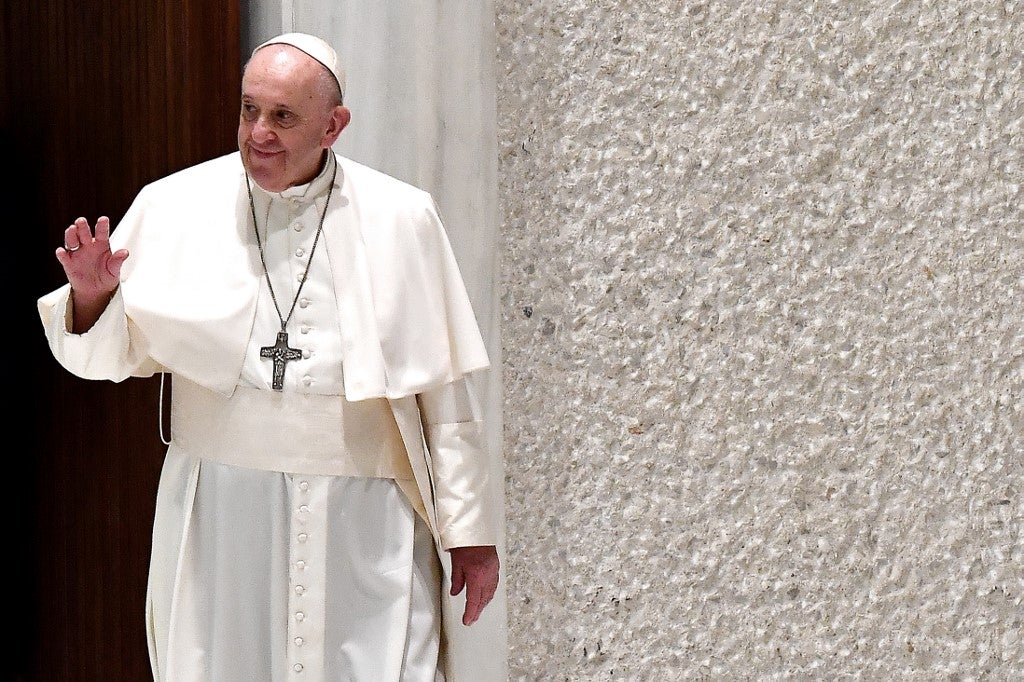 Pope Francis arrives to lead his weekly general audience in the Paul VI hall at the Vatican on October 28, 2020. (Photo by Tiziana FABI / AFP)

Pope Francis is preparing to ramp up his fight against corruption in the Vatican, he said in an interview on Friday, weeks after the shock ousting of a cardinal over embezzlement accusations.

“I have had to change many things, and many more will soon change,” the Argentine pontiff told Italy’s Adnkronos news agency when asked about his anti-corruption strategy.

Pope Francis, elected in 2013 on a mandate of cleaning up after a series of scandals in the centuries-old institution, has reformed laws and fired top financial officials to bring the Vatican into line with international standards on transparency and money laundering.

In September, the 83-year old forced the resignation of Italian Cardinal Angelo Becciu, a close adviser who has been accused of siphoning off funds destined for the poor to family members — a charge he denies.

The pope’s reforms have met fierce opposition, particularly among the Church’s old guard.

Francis said in the interview that he had been warned years ago that if he ever became pope he should get a dog, and make sure it tasted all of his food — and survived — before eating it himself.

“Am I reckless? A bit careless? I wouldn’t know,” he said. “I don’t fear consequences against me. I’m not afraid of anything.”

The Vatican has been dogged by scandals in recent years, including the 2017 conviction of the ex-head of a Vatican-run hospital for funneling a fortune from a foundation to renovate a cardinal’s apartment.

And the Vatican bank, known as the IOR, was for decades embroiled in controversies, with one of its former presidents ordered to stand trial on charges of embezzlement and money laundering in 2018.