The Bureau of Customs (BOC) said the shipment arrived in the country on October 24 and was declared as work bench tables.

The contraband was shipped by a certain Ywlee 87 Trading of Subang Jaya, Selangor, Malaysia, and was consigned to “Allejam International Trading” in Manila. 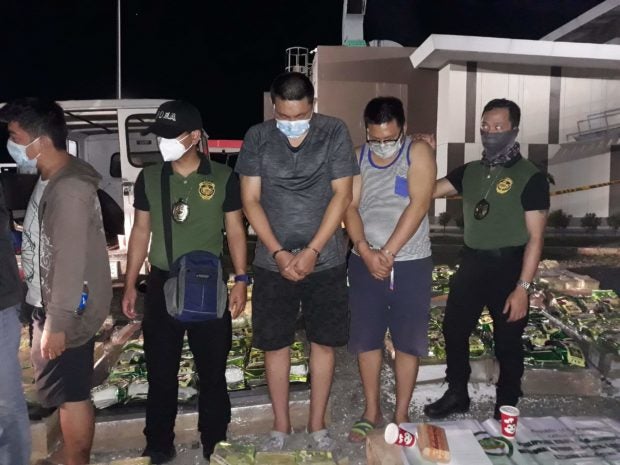 A shipment containing 240 kilos of “shabu” (crystal meth) worth P1.6 billion was seized in Manila while two Chinese nationals who allegedly received the contraband were arrested in Cabanatuan City. (Photos from Cabanatuan City Police Station)

The cargo was subjected to X-ray scanning and physical examination, and was discovered to contain shabu wrapped in plastic.

The BOC coordinated with the Philippine Drug Enforcement Agency (PDEA) and the Inter-Agency Drug Interdiction Task Force of the Ninoy Aquino International Airport to track the recipients of the cargo.

The two Chinese nationals were then arrested around 11:30 p.m. after receiving the shipment that was brought to Cabanatuan City.

The seized illegal drugs were turned over to the PDEA. 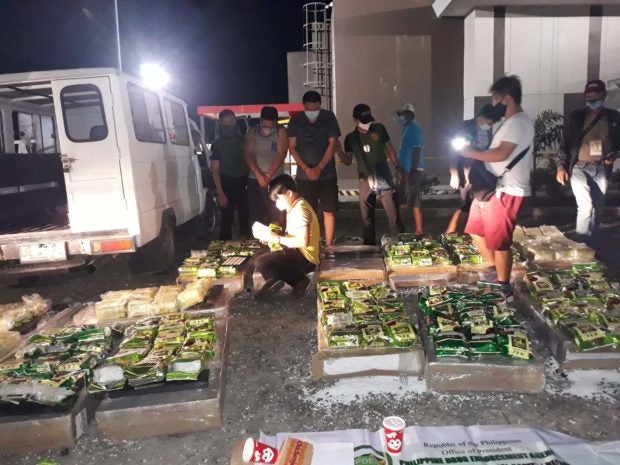 A total of 240 kilos of “shabu” (crystal meth) worth P1.6 billion were seized in Manila while two Chinese nationals who were allegedly the recipients were arrested in Cabanatuan City. (Photos from Cabanatuan City Police Station)

Appropriate complaints are being prepared against the Chinese nationals.