The Commission on Human Rights in Western Visayas says police have not made any progress in their investigations
By: Nestor P. Burgos Jr. - Reporter / @nestorburgosINQ
Philippine Daily Inquirer / 05:08 AM October 31, 2020 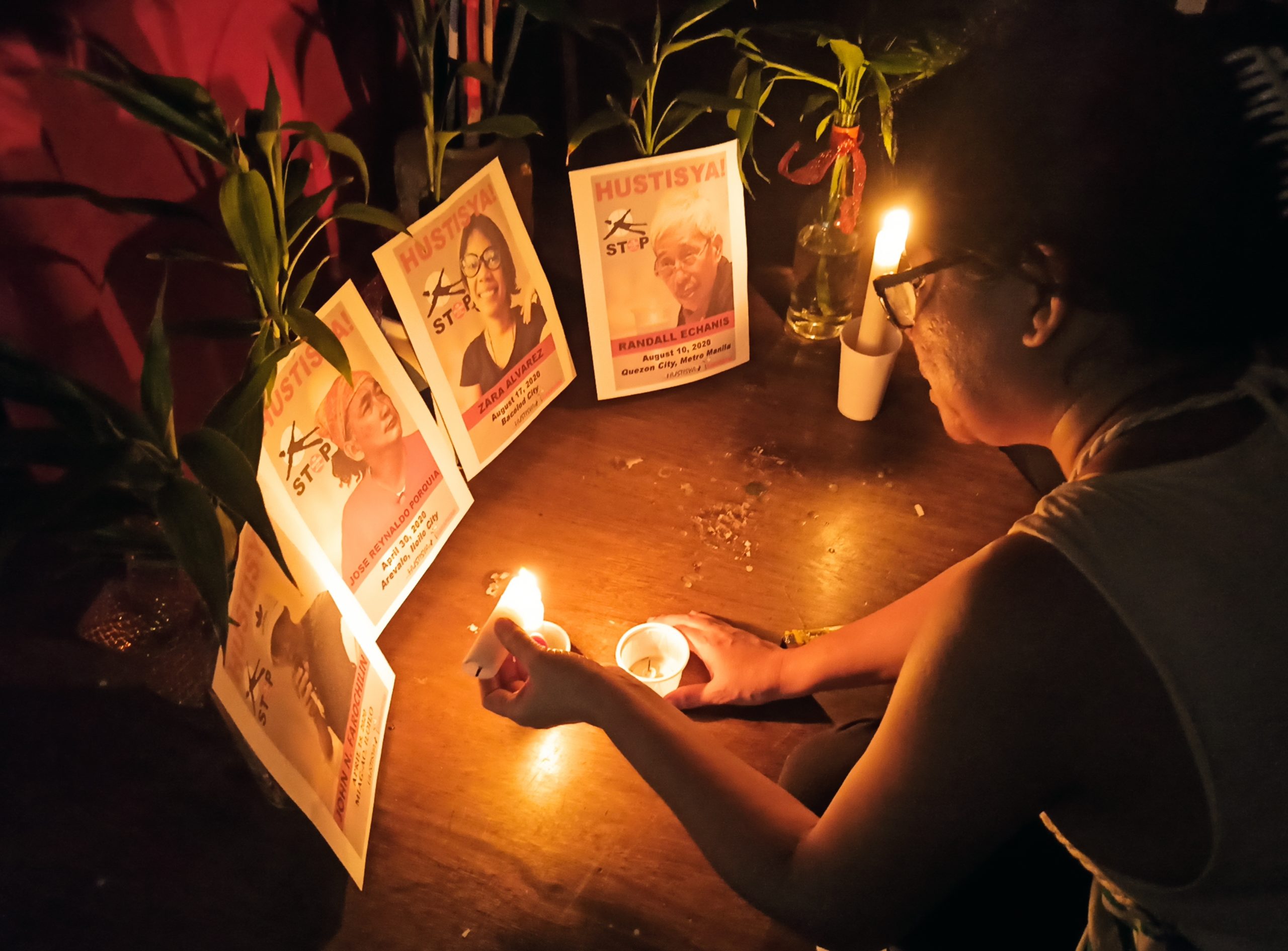 ILOILO CITY—The widow of human rights lawyer Benjamin “Ben” Ramos Jr. has chosen to stay outside the country, away from her three children, as she remains unsure of her safety following the assassination of her husband almost two years ago.

Clarisa Ramos, 48, has sought refuge in Europe amid fears for her safety and security.

“I am seeking protection not only for myself but more for my children. I do not want them to lose their only remaining parent,” Ramos told the Inquirer in a phone interview.

Ben was shot dead on Nov. 6, 2018, near their house in Kabankalan City, Negros Occidental province. He was killed seven months after his photo appeared with 62 other activists in posters plastered on the walls in Moises Padilla town, about 50 kilometers away from Kabankalan, in April of that year. The poster tagged the names on the photos as “CPP-NDF-NPA” (Communist Party of the Philippines-National Democratic Front-New People’s Army) personalities and listed down a phone number to call if any of them was spotted.

But Ben was not an NPA rebel. He was the founder of the nongovernmental organization Paghida-et sa Kauswagan Development Group, which organized the farmers and helped them through livelihood programs. He was also founding member of the National Union of Peoples’ Lawyers.

Since Ben’s killing, another lawyer and three leaders of progressive groups on Negros Island and in Iloilo had been killed after they were Red-tagged.

Among them was Bernardino Patigas, Escalante City councilor and human rights worker in Negros Occidental, who was killed on April 22, 2019. His name and photo appeared in posters with Ben around Moises Padilla town.

Lawyer Anthony Trinidad was killed on July 23, 2019, in Guihulngan City, Negros Oriental province, shortly after he was tagged as an NPA supporter by an anticommunist group in his hometown.

Zara Alvarez, former education director of human rights group Karapatan and a paralegal staff member on Negros Island, was killed in Bacolod City on Aug. 17. She was among the several activists included in a list of supposed terrorists made by the Department of Justice in 2018.Jose Reynaldo Porquia, Iloilo City coordinator of the party list group Bayan Muna, was gunned down by masked men on April 30 in Arevalo District in Iloilo City.

As they would commemorate “Undas” (All Saints Day and Souls Day) on Sunday and Monday when the Christian world honors the dead, the families of the victims were not optimistic that justice would be given to them under the Duterte administration.

“If the government wanted to solve Ben’s killing, they would have done so. But after they formed an investigating special task force, nothing has happened,” said Clarisa.

Clarisa went to Brussels in February and testified on human rights violations in the Philippines before the United Nations Human Rights Council but was stranded due to the COVID-19 pandemic.

She was supposed to go home in June but the passing of Anti-Terrorism Act made her decide to seek protection from a foreign government.

“My children told me it was better that I will be away from them but alive than come home and be killed like their father,” she said.

The photo of Alvarez was also among those in the antired posters and streamers before she was killed. During her wake, death threats were also sent through text messages against nine Negros-based activists, including Clarizza Singson, the secretary general of Karapatan in Negros.

Singson said that based on their records, at least 91 human rights defenders, activists, lawyers, farmers, teachers and church workers had been killed on Negros Island since 2017.

She said that at least 88 others remained detained after they had been arrested allegedly on trumped-up charges.

“The threats and surveillance continue and, except for a few, families are afraid to pursue cases. In many instances, those taking videos of us don’t even hide or do it discreetly,” she said.The family of Trinidad remained hopeful that justice would prevail.

“We are still hoping that justice will be served. If not in this world, God’s justice will prevail,” said his sister, Andrea.

The family of Porquia said there was also no significant development in the investigation of his killing.

“There has been no effort from investigators to reach us. And no complaint has been filed against any suspect,” Porquia’s son Lean said.

Porquia, who had been an activist since the Marcos dictatorship and led food relief activities in communities worst affected by COVID-19 quarantine measures, was also among those on Panay Island whose photographs were plastered in posters accusing them of being protectors of the CPP and NPA.

“In the new posters, my father was not there any more. The posters are apparently a hit list,” Lean said.

“There are either no witnesses or (they) are afraid to provide information. In the case of Zara Alvarez, residents near the scene of the incident did not even want to talk to our investigators,” Dabuco told the Inquirer.

Clarisa feared that the implementation of the Anti-Terrorism Act and the continued red-tagging of political dissenters would lead to more killings and attacks.

She has continued her advocacy and linked up with Filipinos in Europe campaigning against human rights violations in the Philippines.

“I want to go home but that won’t probably happen while Duterte is still in power,” she said.