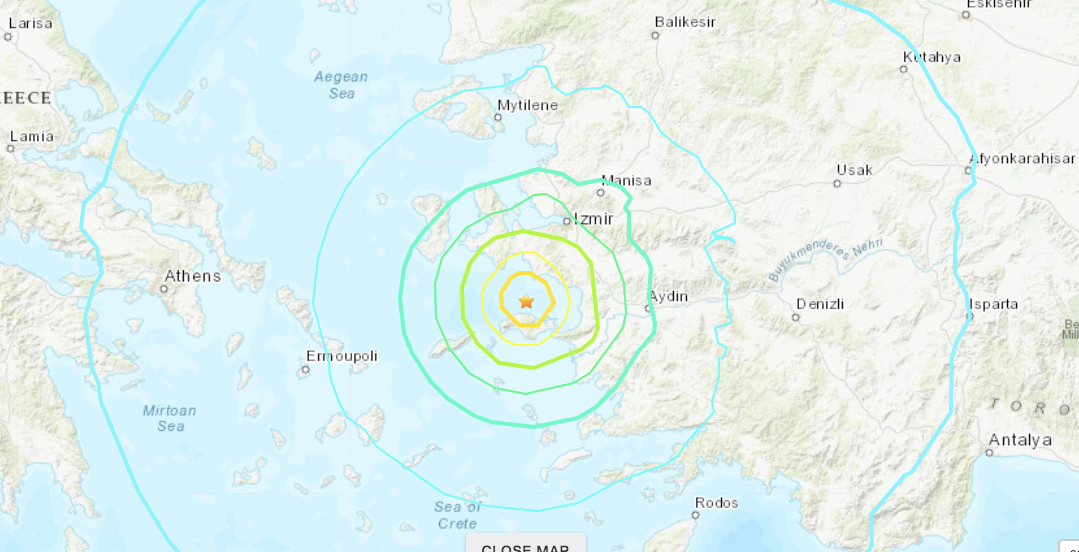 ISTANBUL — A strong earthquake of magnitude of up 7.0 struck the Aegean Sea on Friday and was felt in both Turkey and Greece, local and international observatories said.

People flooded to the streets in the Turkish coastal city of Izmir after the earthquake, witnesses said. Footage from Turkish state broadcaster TRT Haber showed a collapsed building in central Izmir.

Turkey’s Disaster and Emergency Management Presidency (AFAD)put the magnitude of the earthquake at 6.6, while the U.S. Geological Survey said it was 7.0. It struck at around 1150 GMT and was felt along Turkey’s Aegean coast and the northwestern Marmara region, media said.

The epicenter was some 17 km (11 miles) off the coast of the Izmir province, at a depth of 16 km, AFAD said. The U.S. Geological Survey said the depth was 10 km and that the epicenter was 33.5 km off Turkey’s coast.

Residents of Samos, an island with a population of about 45,000, were urged to stay away from coastal areas, Eftyhmios Lekkas, head of Greece’s organization for anti-seismic planning, told Greece’s Skai TV.

“It was a very big earthquake, it’s difficult to have a bigger one,” said Lekkas.

Ali Yerlikaya, the governor of Istanbul, where the quake was also felt, said there were no negative reports.